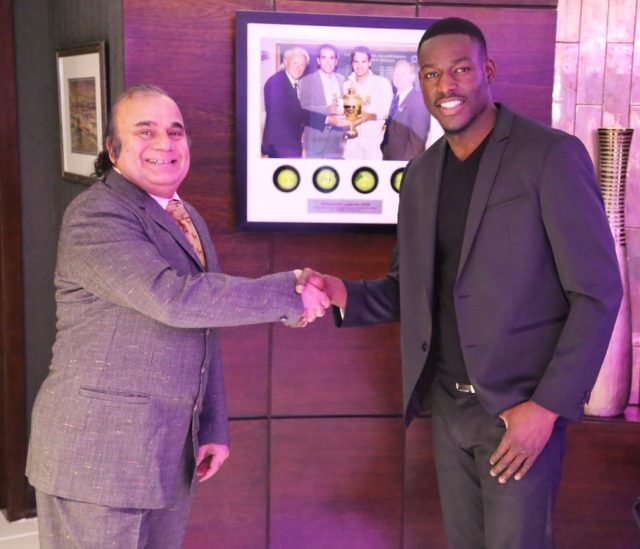 On 1 December 2017, Richard Riakporhe, takes on his sixth opponent at the mecca of small hall boxing, the York Hall, Bethnal Green. The fight will be televised on FreeSports Channel available on Freeview, TalkTalk, BT, and FreeSat.

Owner Iqbal Latif says: “I believe Champs are not born, they are made and supported by friends. We are friends of local talent. Richard is not only an exceptional talent but also an outstanding young man who has turned his life around. He is the first athlete to receive sponsorship from Hotel Rafayel.”

Over the years, the York Hall has been home to some of the most decorated professionals to have donned the gloves. Lennox Lewis, Nicola Adams, Anthony Joshua, Johnny Tapia and this night will be no exception. In attendance on fight night will be none other than former professional and the father of one of the best pound for pound fighters of our generation; Floyd Mayweather Snr. will be hosting a Q&A after the fight.

South Londoner Riakporhe, is now 27 and entered the professional ranks of boxing in August 2016. With the exception of one opponent, he has stopped all of his adversaries. Keen to add to his explosive ring reputation, his test on 1 December will move him one step closer to those all-important title contests that lay ahead. Considered by many inside and out of the ring as a genuine prospect with talent and venom in his punches, 2018 could surely be a pivotal year for his reputation and career to move to the next level of competition in possibly the world’s toughest sport.