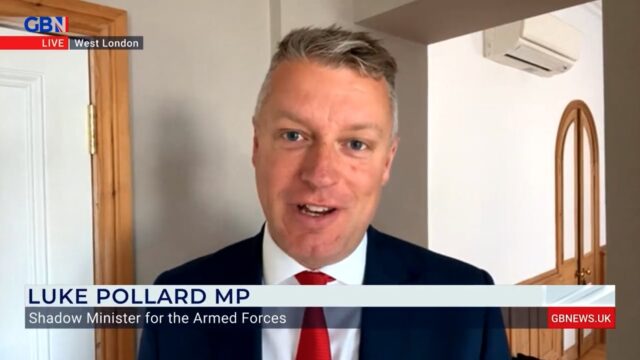 Mr Pollard said: “It’s yet another example of Tory sleaze that has been poorly handled by the Prime Minister.

“Politics really should reflect the best of our values as a country and I’m afraid what we’re seeing at the moment is yet another conservative MP after Conservative MP, doing something utterly appalling and seemingly being protected by Downing Street.

“If the Prime Minister had an ounce of decency, it would have withdrawn the whip immediately, not waited to see if he could sit it out to reward this arch loyalist with a little bit more protection.

“I’m afraid it really stinks. And this is why we need to clear up our politics, clean out this, this willful type of sleaze that we are seeing…to restore public standards.

“It looks pretty grubby, it really does.”

Speaking in an interview during Breakfast with Paul Hawkins and Anne Diamond on GB News, he said Parliament needs to be made a safer place for people to work.

“I take the view that Parliament should be free of sexual predators,” he said. “It should be a safe place for people to work. I’m afraid it’s not at the moment.

“What we need is to strengthen the independent processes that we have to create a culture where people are able to come forward to raise concerns about another member of staff or a Member of Parliament, knowing that those concerns will be understood and their confidentiality respected.

“But it seems that the moment that we’ve got a culture where depending where you are, you will be protected or shunned.

“I mean, this doesn’t seem right. That’s why we do need to make a safe place for everyone to work but to do that, we’ve got to change the culture.

“And that means changing the people who seem to protect sexual predators who don’t take allegations seriously. That’s why we need change and reform.”