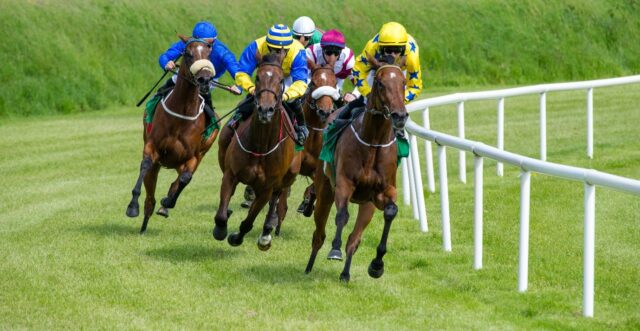 The Grand National Festival gets underway on April 8th, with the eponymous main event taking place two days later. Of course, the National is the big one – watched by 500 million people worldwide – it’s a race like no other. But there are three days of top-class racing to be watched, and if you’re checking out the latest Aintree betting odds, you’ll notice some big names in the Aintree Bowl, the feature race on the opening day.

Established in 1984, this Grade 1 steeplechase is run over a distance of three miles and one furlong, with 19 fences to be jumped. The leading training is Paul Nicholls, with four wins in the race, and he’ll be looking to make it five, with two of the nine runners coming from his yard. So, let’s take a look at some of the ones to watch out for.

Beaten by many of his Aintree Bowl stablemates so far this season, including losing by a neck to Secret Investor in the Denman Chase at Newbury, and finishing third to Frodon in the King George VI Chase at Kempton, Clan Des Obeaux is Nicholls’ best chance of success in the Aintree Bowl. Could it be third time lucky for the nine-year-old, who previously finished third (2018; Might Bite) and second (2019; Kemboy)? After avoiding another stab at the Gold Cup, it’s straight to Aintree, and Nicholls recently revealed that Clan Des Obeaux will be fitted with headgear for the first time, in the Aintree Bowl, to aid his focus.

After a fourth-place finish in the Cheltenham Gold Cup, Native River will spearhead the Colin Tizzard-trained team at Aintree – and go for a first tilt at the Aintree Bowl. Joe Tizzard, who is set to take over the licence from his father, Colin, explained the plans for the 11-year-old:

“The plan is to take him to Aintree for the Bowl, as long as the ground is all right, which I’m sure it will be.

“There’s not a lot of other options for him – he’s not going to go to Punchestown. It will be Aintree and that will be it for the season.”

He’s fared well on the Aintree course before, winning the Novices’ Chase in 2016, as well as the Many Clouds Chase in 2019. And despite his advancing years, there’s no doubt that the highly-rated horse will return next season too.

After the big news last month that Tiger Roll won’t be entering in to the Grand National, following the weights debate, the five-time Cheltenham Festival winner and dual hero at Aintree will face eight rivals in the Aintree Bowl. The 11-year-old, trained by Denise Foster while Gordon Elliott serves his suspension, recently won the Cross Country Chase at Cheltenham, in what is being described as a return to form. Tiger Roll was originally the favourite for the Irish Gold Cup, but it was decided that he would miss that in favour for a trip to Aintree.

The list of runners and riders can be found below: