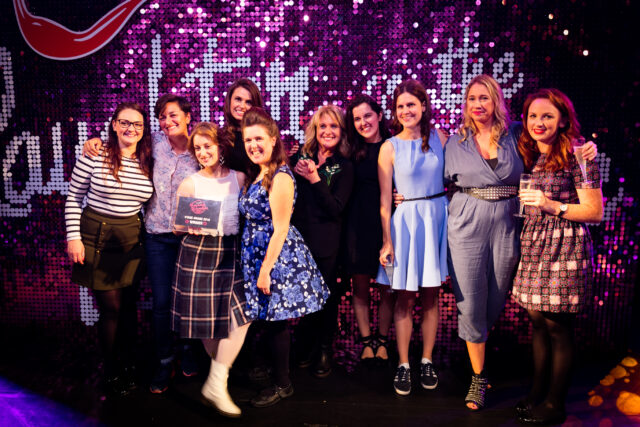 The Funny Women Awards just got bigger! Funny Women is the leading community for female comedy and their annual Awards have now gone global! For the first time the doors have been thrown open to the international comedy community with heats expected to happen in Melbourne, Los Angeles, Boston, Singapore, Milan, Amsterdam, and Dublin as well as across the U.K.

On 1st April the 2021 Funny Women Awards will officially open for registration via www.funnywomenawards.com. Categories include the Stage Award, Comedy Shorts Award and Comedy Writing Award. This year there is one exciting new category – the publicly nominated Comedy Content Creator Award, and the industry nominated award for Best Comedy Writer in broadcast will be run in partnership for the second year with Comedy 50:50. This year the Awards final will return to the Bloomsbury Theatre, London on 23rd September.

Funny Women’s Matron Jo Brand, who came on board in 2018 to support the community, says “As Matron I am calling upon those of you with funny bones to take part in this year’s Funny Women Awards. We’ve never needed laughter as much as we do right now and these brilliant Awards celebrate great new female comedy talent….what are you waiting for?!”

Founder Lynne Parker, who set up Funny Women 19 years ago, added “Over the last year we have really embraced the online space and increased our accessibility, and I am super excited about the 2021 Funny Women Awards. Looking forward to seeing even more brilliant new female performers, writers and creators from all over the world.”

Newly appointed Brand & Operations Director Alex Rochford says “The 2021 Funny Women Awards are going to be bigger and better than ever before! With our collective learnings over the pandemic we have all had to move performances online and the 2020 Awards embraced that.

“We are continually adapting as performers and producers, things we never thought possible have become a reality. In March 2021, we completed a 12-hour live event connecting the Funny Women Community across the globe to celebrate International Women’s Day. Live performances from Australia, USA, Singapore and Israel, stood side by side with our European and UK “chapters”. With this in mind, we feel that opening up all our Awards to the Funny Women global community is the first step to being ready for the 2022 award season.”

The Funny Women Awards were created in 2003 and have since become the leading platform for numerous talented female performers, writers, creators and short film makers. The Awards are the ‘beating heart’ of Funny Women with their mission to encourage women to have a stronger, funnier and memorable voice across media, business and beyond.

With support from the Arts Council England, the organisation shows women from all walks of life how comedy builds confidence. Strongly believing in equal rights and opportunities for all; Funny Women has been empowering female-identifying voices, for nearly 20 years contributing to gender parity in our industry and beyond.