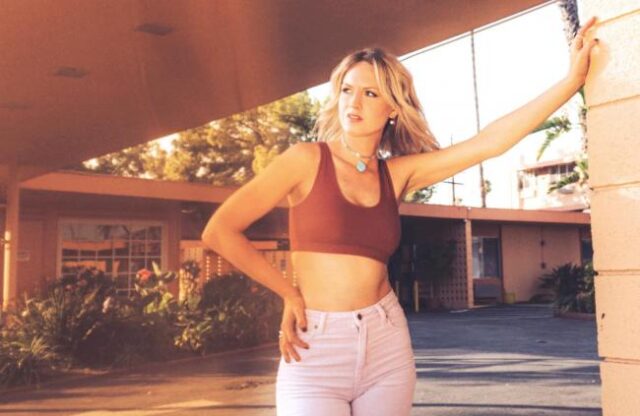 The album features all of Kerri’s most beloved songs, including many contained within her 2020 EP series, and all the tracks that have been bought to life with unforgettable music videos, such the hilarious self produced You Can’t Catch Me, and the seriously high production value videos Chasing Aeroplanes, and Cut Me Loose.

Kerri was recently featured in Hello! Magazine’s ‘Rising Stars of 2021’, a lauded callout which has previously recognized talent such as Radio 1’s Greg James & Maya Jama, and Taran Egerton. Her tracks have been sought after for TV syncs on Eastenders, BBC Sport, and Sky Sports, plus featured on the new Call Of Duty: Mobile video game.

2020 highlights included a BBC 5LIVE Session for Laura Whitmore, a Mahogany / COVERS Session, playing at Celtic Connections and Americana Fest, a One To Watch for 2020 feature in Maverick magazine, and Under The Apple Tree Sessions.

Delayed due to the ongoing global situation, ‘Neptune’s Daughter’ was recorded in 2018 with Texas based producer Machine (Clutch, Lamb Of God, Fallout Boy). Not every day does the opportunity arise for an artist to work with someone who sits so dramatically on the opposite end of the musical scale, so when Kerri was told that the metal and rock producer was interested in working with her, she jumped at the opportunity.

It’s a partnership that clearly worked. As Kerri sought to expand her sonic palette past her Americana roots, Machine facilitated the infusion of other genres integral to Kerri’s musical upbringing, all whilst ensuring the original songs essence stayed intact. The tunes Kerri bought to the studio were given a new edge with elements of rock, blues, and contemporary pop, producing thrilling results.