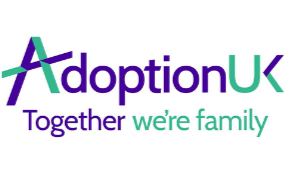 As well as looking at what happens when a child enters and is looked after in the care system, the scope of the review allows for consideration of ‘the support provided for adoption’.

Adoption UK’s chief executive, Dr Sue Armstrong Brown, said: “The Care Review is a once in a generation opportunity to ensure every child who has had an unfair start in life is given an equal chance of a bright future. To be the truly radical review the government has promised, it must cover what happens when a child moves from the care system into adoption. A court order doesn’t erase a child’s past and most adoptive families need significant support to help their children thrive.”

The review will be led by former teacher and head of a social work charity, Josh MacAlister. MacAlister has committed to listening to people with experience of living in care. Adoption UK has offered its support to ensure the review benefits from the voices of adopted people and adopters.

The Government committed to reviewing the care system in England in its 2019 election manifesto. This long-awaited review has been delayed by the Covid-19 pandemic, which has exacerbated many of the factors that drive children into the care system, such as mental ill health, addiction and domestic violence.

The announcement comes after Children’s Commissioner, Anne Longfield described the care system in England as being “on the edge of the precipice” and accused the Government of “negligence” due to a shortfall in support for vulnerable children.

Children in care with a plan for adoption currently face an average waiting time of two years. Numbers of children coming into care are rising and are likely to have been increased by the pandemic. Meanwhile, delays in the courts are holding up adoptions, with the combined effect that more children are likely to spend their childhoods in care.

The Education Secretary Gavin Williamson will also confirm today that the Adoption Support Fund will continue for a further year, as trailed in Parliament last week.