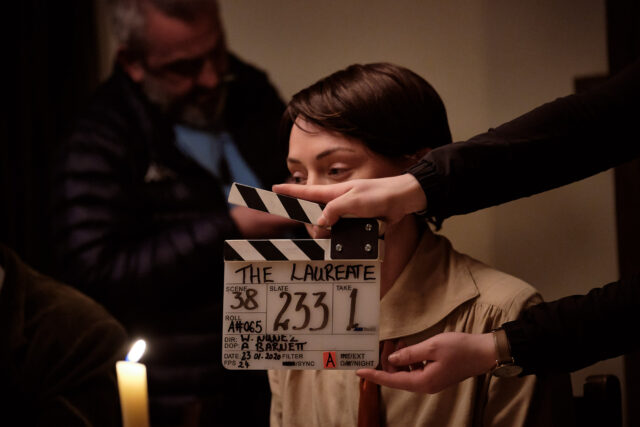 ‘The Laureate’ explores the life of the famous British war poet Robert Graves and his rela-tionship with the brilliant but unstable American writer, Laura Riding. Laura turns from muse to lover with the blessing of Graves’ wife, Nancy Nicholson, but the situation is further compli-cated by the arrival of Irish poet Geoffrey Phibbs…

Director and writer William Nunez hopes that the film, full of love, passion and drama, will ap-peal to period-drama lovers and younger audiences alike. He said that young female viewers will “know the struggles of relationships… and the road you take in life and the consequenc-es that follow”.

This sumptuous period film follows a time in Graves’ life when he transitions from war poet to love poet, as he forms a partnership with writer Laura Riding. Robert is having difficulty writing due to his PTSD after the war, his financial situation, and the slow breakdown of his marriage. When he reads an essay by Laura Riding, his wife invites Laura to live with them in the hope of helping Robert regain his creative spark. Laura soon takes over the household and they begin to form a ménage à trois. But then, with the arrival of Irish poet Geoffrey Phibbs, it develops into a ménage à quatre. Rivalries and tensions become rife and the drama comes to a head.

Nunez is proud of the top-notch cast. He says, “Tom Hughes plays Robert Graves and, besides the similarity in appearance to Robert, he had the inner strength to portray someone whose suf-fering was internal, and fully embrace the concept of worshipping Laura Riding and respecting the modern views that his wife Nancy had. Tom came to me a few years ago when he audi-tioned for Geoffrey, and when it came time to cast Robert, Tom was really the only one who fit the bill.”

Likewise, when Nunez first met Dianna Agron, he said “our talks were so intuitive that I knew I’d found my Laura Riding”.

‘The Laureate’ tells an important story on many levels, Nunez says. “It tells the story of PTSD and the suffering the soldiers have upon their return to family life, as well as the toll it takes on the family. It’s a story of women trying to make their way through male-dominated fields – Nan-cy and Laura take different approaches to their feminism – and it deals with how they are per-ceived in society.” He added that writing about Graves’ PTSD was partly inspired by friends who had served in Iraq.

But Nunez also wants the film to be “a good, old-fashioned love story that is needed in these times. While ‘The Laureate’ deals with these big themes, I do want audiences to be entertained and get lost for 100 minutes in a world that is different than the one we are all living right now.” 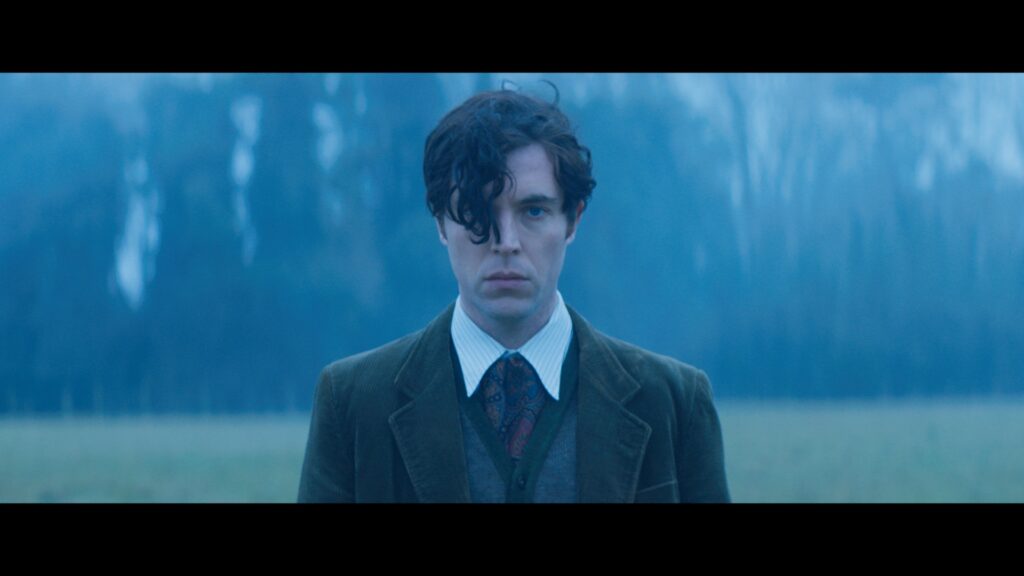 ‘The Laureate’ was filmed in January and February 2020. As an independent film with a modest budget, they only had 22 days to shoot, and the locations were based around Harefield, Oxford-shire and London. Editing began as lockdown started, but Nunez says, “When there is great determination to tell a story that is worth telling, perseverance will out.”

This is a film that is best seen in the cinema, Nunez says, but COVID restrictions mean there is a question mark over this for now. It is hoped that the film will premiere at the 2021 Berlin International Film Festival.