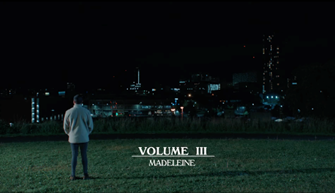 Sheffield musician Ed Cosens has released the video for new single ‘Madeleine’, alongside the announcement of his mid-career, debut solo album’s release date being pushed back to April 9th 2021.

Following on from previous releases ‘If’, and ‘The River’, the new video is part 3 of the short film Ed has created for ‘Fortunes Favour’, in collaboration with Manchester production studio Flat Cats Films. The video for ‘Madeleine’ continues to follow our protagonists’ love story, as their performances take on a deeper interpretation of the lyrical content about the passions of unchecked love; “Deep down, you know you’re going to get hurt but desire can be a powerful drug” says Ed. “When mixed with someone who knows they’re in control, it can be potent. The more you come back to taste this heady combination, the more you find yourself pulled under their spell and perhaps, the more you don’t care”.

Whilst unforeseen circumstances have led to the delay in the release of ‘Fortunes Favour’, Ed has assured eager fans that there will be more content before the record’s release: “I’m sorry to make you all wait a little longer to hear the record, but with the extra time now until the release it’s given me the opportunity to release more material and a few other lovely surprises. All pre-orders thus far are unaffected of course and appreciating the absurdity of the world at the moment I hope you all understand!”

A long-time lynchpin of the Sheffield music scene, best known as the guitarist and co-songwriter in Reverend & The Makers, Ed waited to make his solo debut until the time felt right. Only when his storytelling songs naturally found their own sound did he finally step from the shadows. “It’s only taken 10 years or so for me to find the confidence!” says the self-depreciating singer, who shared stages with Arctic Monkeys members Matt Helders and Alex Turner before the Makers took off.