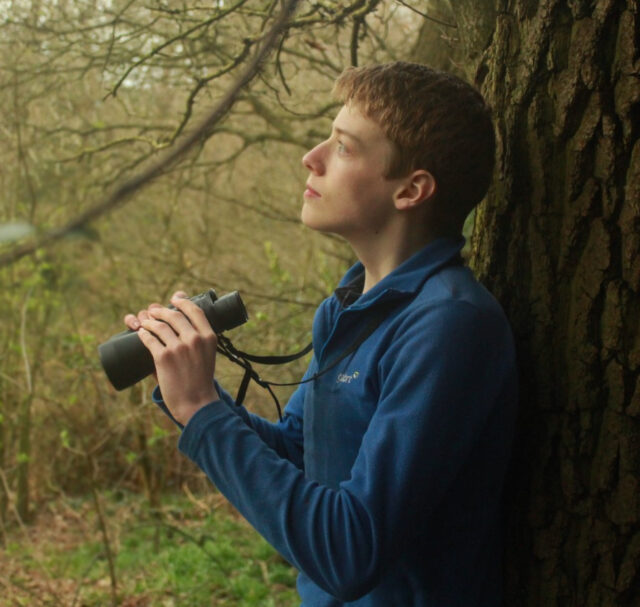 Environmental campaigner and nature documentary film-maker James Miller spent a night with a badger sett, in a wood near Guildford in Surrey, to raise money for leading youth homelessness charity Centrepoint.

18 year old student James, who has appeared on Sky News Kids public speaking at the RSPB AGM and was interviewed by John Snow on Channel 4 News discussing the State of Nature report 2019, hung up his hammock for the night alongside a clan of badgers.

When he gave up his hammock and decided to bed down on a fallen tree, he saw two badger cubs emerge. You can watch James’ short film of his time with the badgers here: https://www.youtube.com/watch?v=sLrdBs2qTY4&feature=youtu.be

James and his fellow students and teachers at the Royal Grammar School in Guildford (RGS), set out to raise money for the UK’s leading youth homelessness charity Centrepoint and raised an astounding £10,000. This donation comes at a vital time for the charity which has been delivering vital support to homeless young people during the global pandemic, ensuring Centrepoint’s key workers are kept safe and are now looking forward to rebuilding young people’s lives as lockdown measures ease.

Social distancing measures have led to Centrepoint’s nationwide community Sleep Outs being cancelled, however the charity urges the general public to take part in their own safe Sleep Outs on their own or with members of their household. Due to the cancellation of events and face-to-face fundraising this year, homeless young people in Centrepoint hostels need support now more than ever.

“I’ve always had a love of badgers and feel like they’re wrongly demonised in certain circles, when in fact they’re quite docile and gentle animals. Not many people see them because they come out at night so I thought I’d take the opportunity to do something I love while raising money for a really important cause.

“I spend a lot of time telling people they should have a greater degree of global empathy and care for people who are having their forest cut down in the Amazon, or whose homes have been destroyed by wildfires due to climate change. I now wanted to remind people how important it is to care about the people who are homeless in our own neighbourhood as well.”