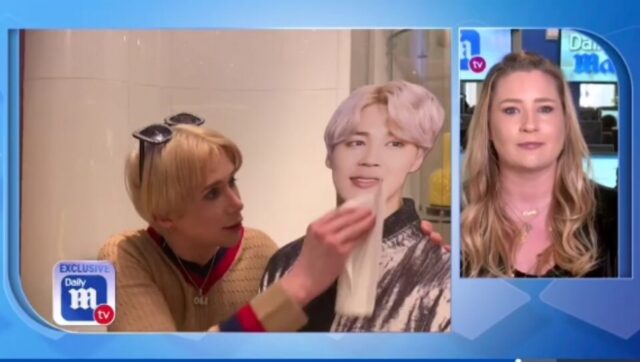 In a truly bizarre and shocking Las Vegas ceremony aired on U.S. TV channel Daily Mail TV, he marries a cardboard cutout of Jimin, with an Elvis impersonator presiding over the wedding vows.

The film then cuts to Oli signing an official wedding certificate with the TV presenter saying “Oli signed the official marriage certificate” followed by “Call me crazy, but I imagine he had to sign it for cardboard Jimin too”.

This is followed by Oli celebrating his wedding with Jimin at the Bellagio Las Vegas where he even goes as far as feeding Jimin champagne and cake and stating “It’s the happiest day of my life”.

The strange wedding arrives just a day before Oli’s schedule appearance on American talk show Dr Phil where he will be psychologically analysed for his obsession.