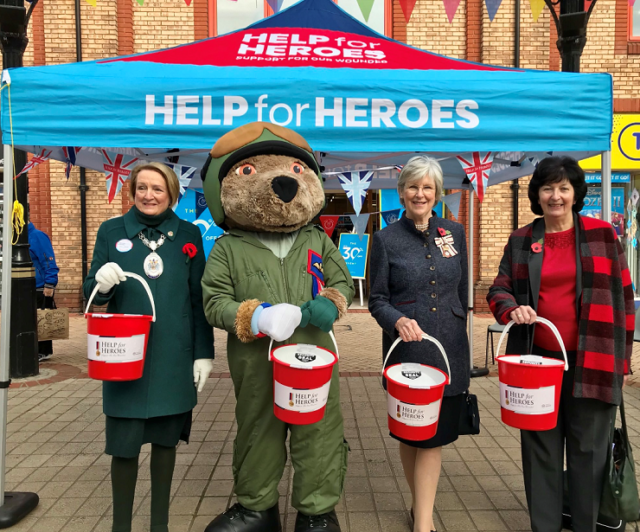 On Wednesday 30th October a section of the Help for Heroes 40,000 Strong model force made its way to Braintree; a town with approximately the same number of people living there as have been medically discharged in the last 20 years.

Earlier this month the military charity had revealed that injury has forced almost 40,000 men and women to leave the military over the past 20 years. Over 25% of these have been since the end of the war in Afghanistan, despite the British Armed Forces not being engaged in active conflict during this period.

Help for Heroes created its 40,000 Strong model force to help show the true scale of those who are living with the consequences of injury or illness. The installation of 40,000 miniature soldiers had been on display at the Arndale Centre in Manchester but last week a section of 4,000 were on display under the bandstand in George Yard Shopping Centre. It will now continue a tour of the country, including Braintree Village Shopping Outlet in a few weeks’ time.

Braintree residents turned out in force to visit the model force and donated to receive their own special edition boxed figure; all helping to support wounded Veterans, Service Personnel and their families for years to come. They also enjoyed playing the Paralympic sport boccia with veteran Dave Watson, who took part in the 2018 Invictus Games. With Team UK for the 2020 Invictus Games being announced the day before there was much interest in how sport can be a useful tool for recovery. 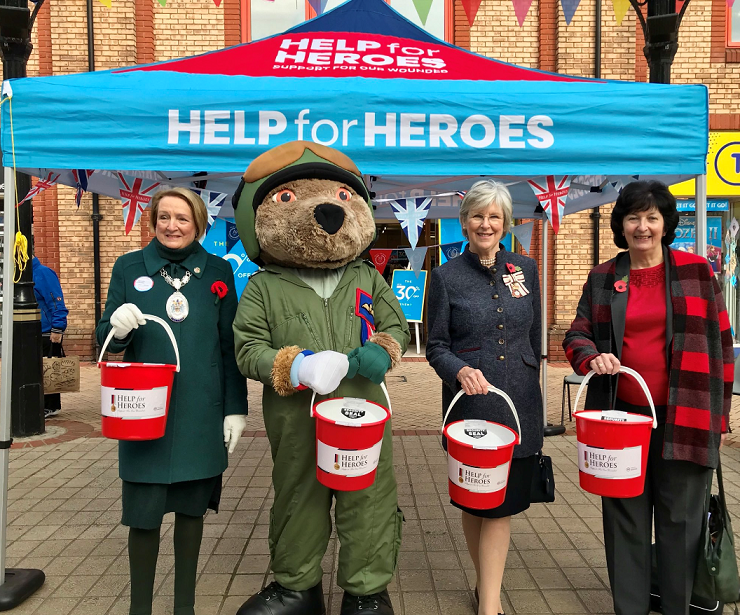