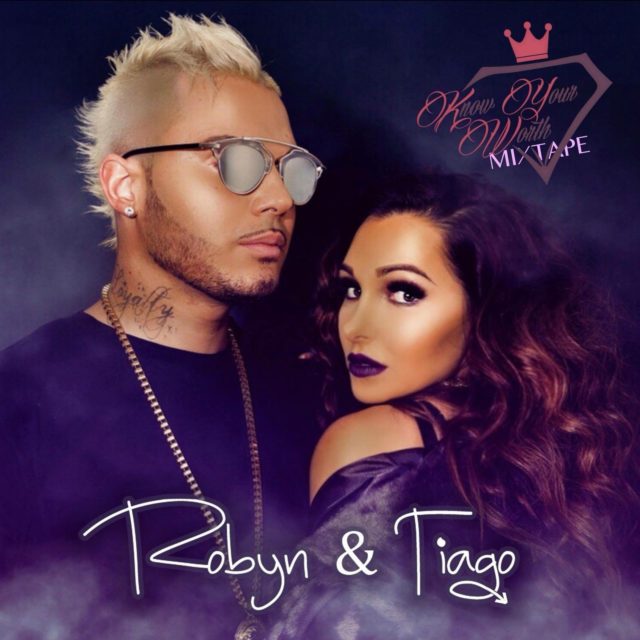 Robyn & Tiago are a Unique Hip/Hop Duo with Latin influence. They write and produce all their own music in their recording studio and are currently signed to their own Record label Know Your Worth.

They most recently attended the Uk Glamour awards at Spearmint Rhino and The EssexTV Awards on the same evening.

They have recently announced on social media that they have a new TV show coming out on Essex TV called Robyn & Tiago meets.. Where they interview various celebrities, sports stars & musicians to offer advice & the secret to success.

Their Mixtape Know Your Worth was released on all digital stores worldwide on the 1st of January.

Its a very Personal, raw mixtape where they bare all their struggles of growing up, finding themselves , knowing their worth and realising blood doesn’t always make you family. They mention strongly that Loyalty makes you family and no matter what you go through in life to never give up on your dreams Period.

They will also be heading back out to their 2nd home in LA to work with some Hot producers and to shoot some new music videos with their team.

Robyn & Tiago have one aim and that’s to use their platform to make a difference.

Mid Essex CCG invites you to its Annual General Meeting

Dogs Trust Essex appeals for home for gorgeous Greg, a lonely lurcher who has spent 700 days waiting for his forever home