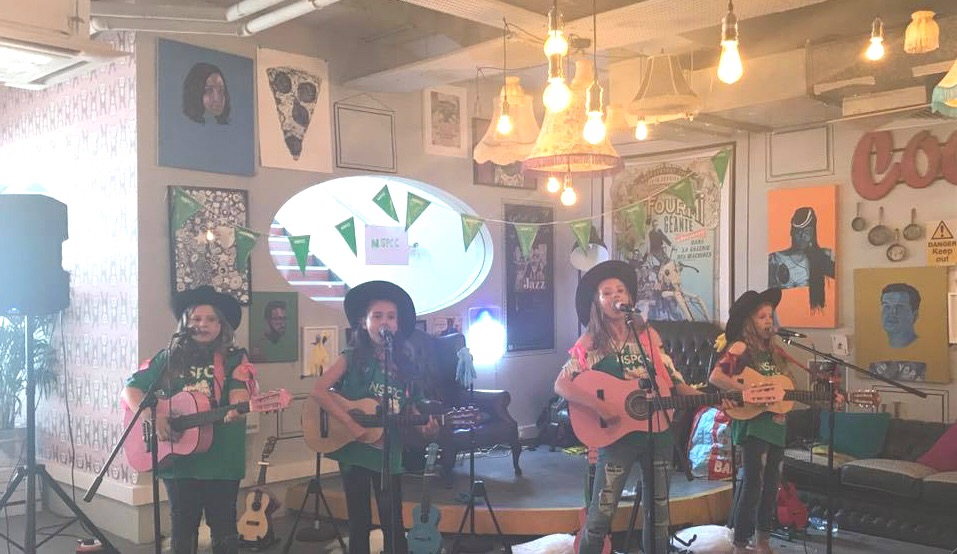 A song that was originally written for S Club 7 has been released by a Romford girl group in a bid to raise £5,000 for Childline.

Soda Pop! launched the song and video for ‘Real Life’ with a live performance at the Retailery in Romford on Saturday (July 8) in front of crowds of fans and tegh Mayor of Havering.

Two half hour sets included classics such as ‘Jolene’ and songs from the musical Wicked. It culminated in a performance of the single by the guitar and ukulele playing four-piece who hope to raise vital funds for the NSPCC’s Childline service which children can call 24/7 for help and advice.

Alisa-Maria Nita, 11, Maddie Bates, 11, Maisie Harvey, 12 and Keira Shilling, 10, formed Soda Pop! with the help of vocal coach Sheen Doran, who has been in the music business for over 40 years.

‘Real Life’ was written by Julian Littman and Charlie Dore and was once pitched to S Club 7. The writers adapted the lyrics for the girl group, with the song and video raising awareness about child abuse and how to report it.