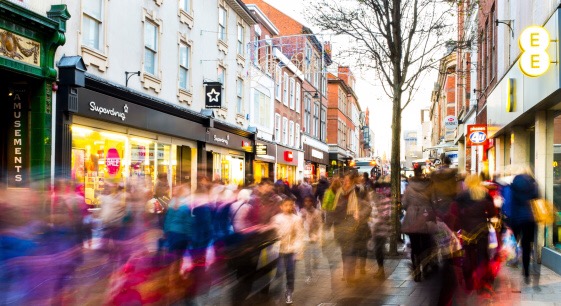 The winners of the World Retail Awards 2017 were unveiled tonight  (6th April) at the 11th World Retail Congress, in Dubai. Many outstanding brands, individuals and campaigns were competing for the industry’s ultimate accolades.

In a closely fought contest for the top prize, Retailer of The Year, the judges chose Amazon. They described the online colossus as” simply a powerhouse, constantly innovating and challenging market norms while introducing new products and breaking the mould on everything from market penetration to revenue models.”

Commenting, Ian McGarrigle, Chairman of The World Retail Congress, said: “At a time when Amazon is viewed increasingly as a threat by many retailers, it is significant that our panel of judges has seen fit to award them this ultimate accolade.

“It speaks volumes about the power of the Amazon brand and its ability to keep innovating and disrupting that retailers regard it with both fear and admiration. It seems that the industry can’t live with them but can’t live without them.”

International Retailer of the Year was won by Sephora. The judges praised the retailer’s ability to cross continents and cultures by subtly adapting its offer to create a brand that stands out in a very competitive marketplace.

Winning the inaugural Woman of the Year was CEO of Woolworths South Africa, Zyda Rylands. Commenting Zyda Rylands said: “It is an honour to be recognised by such an esteemed and venerable group of retailers. I am blessed to receive the inaugural award, but I am even more excited that this is the first of many recognizing women in retail. Though competence transcends gender and race, there is still much work to be done by everyone in retail to ensure greater diversity in retail leadership.”

Mindy Grossman, CEO of HSNi won Outstanding Leader of the Year. Alyce Tran, Co-Founder of The Daily Edited was declared the Young Retail Entrepreneur of the Year.

8 Marketing Ideas For Expanding Your Small Business In 2022