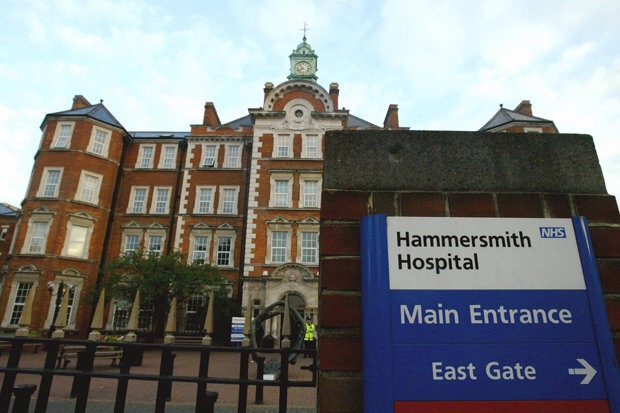 A Bromley local is set to take on the biggest challenge of his life by tackling the London Marathon this April to say thank you for the life-saving care his in-laws received at Hammersmith Hospital.

Paul Coward will be running the iconic 26.2 mile race after both his in-laws were treated at the renal unit at Hammersmith Hospital in West London. He is running in aid of Imperial College Healthcare Charity, which supports the five London hospitals of Imperial College Healthcare NHS Trust, including Hammersmith Hospital, with all funds raised going to the hospital’s renal unit.

He says: “Six years ago my mother-in-law suffered from acute kidney failure after a series of health issues. It came as a real shock to the family and needed immediate action. Luckily my wife was able to donate her kidney and Hammersmith supported them throughout the entire process, providing continued assurance and quality of care.

“My mother-in-law is still receiving after care at Hammersmith Hospital, and we’re really grateful that the renal unit are always at hand to answer any question, big or small.”

The 38-year-old received a further shock when his father-in-law was taken to the hospital in April 2016 suffering from sepsis, a potentially life-threatening condition that arises when the body’s response to an infection damages its own tissues and organs.

“There were several complications, including the fact he was allergic to the medication he was given, had a really bad fall and deteriorated further, and his liver showed dysfunction. In all, my father-in-law was in hospital for about five or six months and currently undergoes dialysis there three days a week.

“Without the care­ ­a­nd support of the­ renal unit, who knows what the out­come­ of ­my father-i­n-law­’s deterioratin­g h­ealt­h would have­ been­. ­Ha­vi­ng his own carer during his toughest moments was invaluable. The team at the unit have been fundamental­­ in aiding­ his road­ ­to recovery­, helpi­ng­ us to overc­ome m­any­ hurdles alon­g t­he way.”