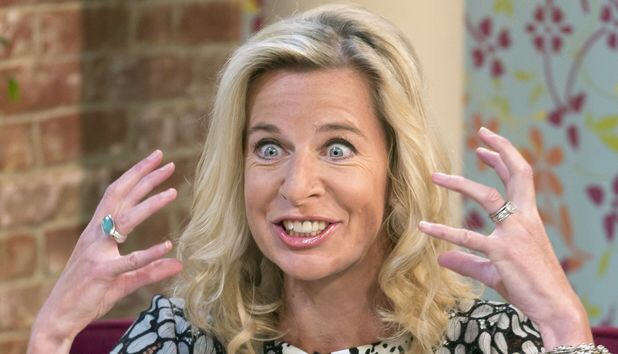 Rewind back a couple of years ago and Katie Hopkins tweeted this from her personal account…about food blogger Jack Monroe!
Hopkins posted a message in May 2015 asking her if she had “scrawled on any memorials recently”. 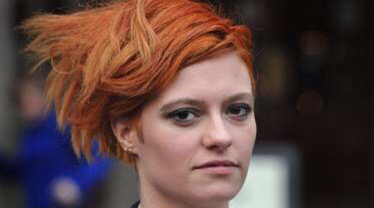 Ms Monroe said that meant she had either vandalised a war memorial or “condoned or approved” of it.

In his judgement today Mr Justice Warby ruled that the publications had caused “Ms Monroe real and substantial distress” and she was entitled to “fair and reasonable compensation”.

After the ruling, Ms Monroe, who also campaigns over poverty issues, said: “It’s taken 21 months but today the High Court ruled that Hopkins statements to/about me were defamatory. 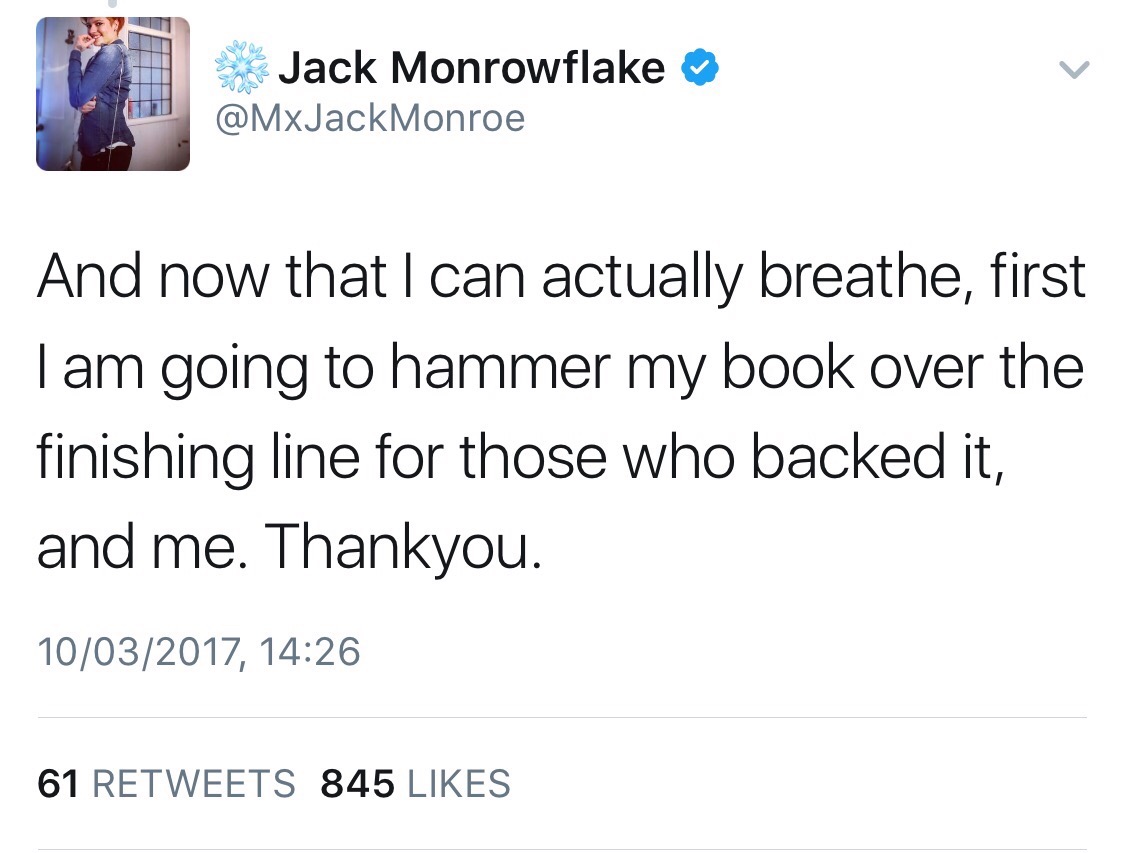 The case arose after Twitter users highlighted the daubing of a London memorial to the women of World War Two – written profanities were directed at the Conservative Party during an anti-austerity demonstration. 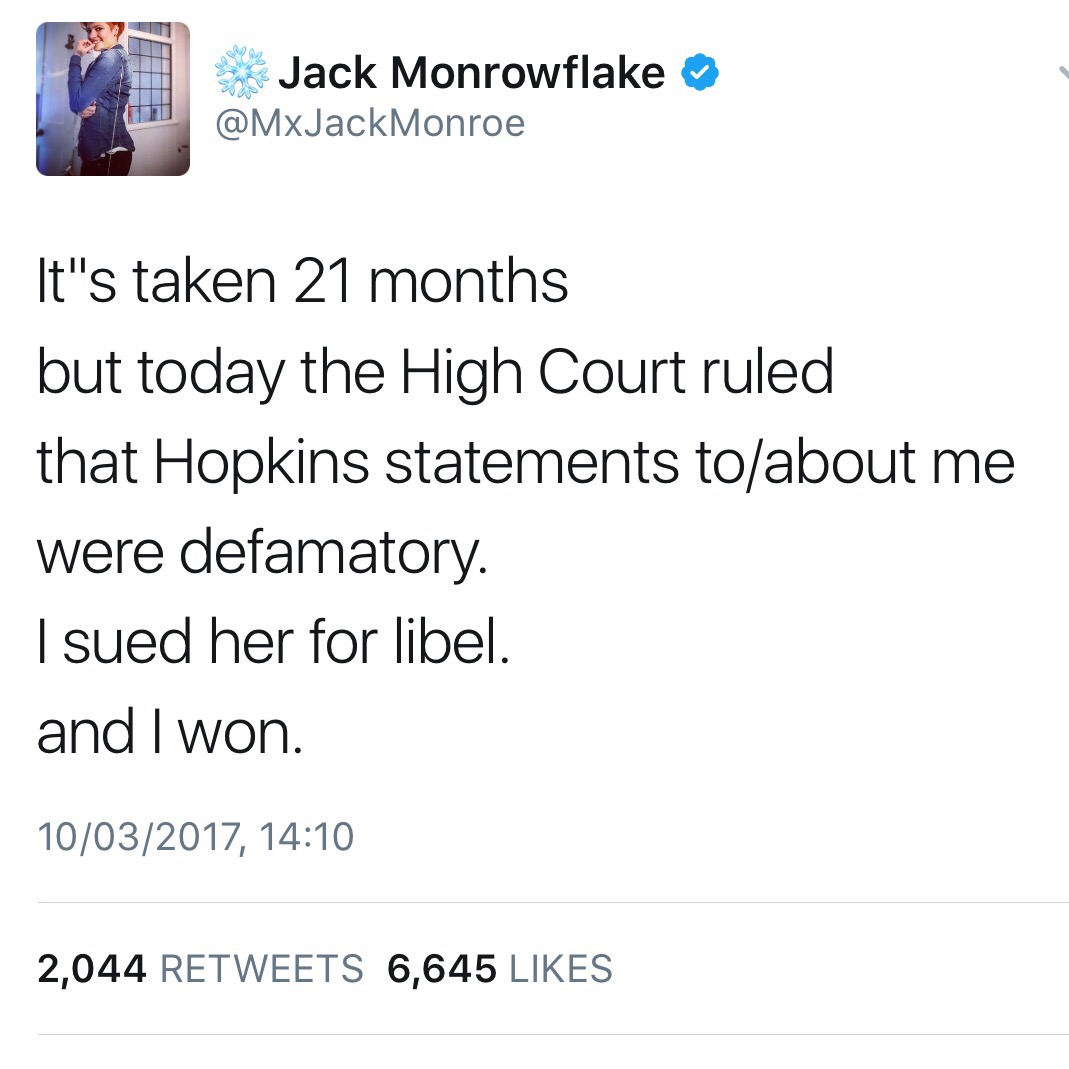 Ms Monroe took legal action over what her lawyer told the judge was a “widely published allegation” that she had “either vandalised a war memorial or approved of such an act”, an allegation that would “inevitably cause serious damage to reputation”.

Jonathan Price, for Hopkins, a columnist at Mail Online known for airing controversial views, told the judge that “this relatively trivial dispute arose and was resolved on Twitter in a period of several hours”.

He argued that “no lasting harm, and certainly no serious harm” had been caused to Ms Monroe’s reputation.

Hopkins had “mistakenly” used Ms Monroe’s Twitter handle instead of that of another columnist who had written about the war memorial incident, he said.

Mr Justice Warby ruled that “whilst the claimant may not have proved that her reputation suffered gravely, I am satisfied that she has established that the publications complained of caused serious harm to her reputation”.

He said their publication “not only caused Ms Monroe real and substantial distress, but also harm to her reputation which was serious”.

Jack Monroe’s statement via her Twitter where she has 89,000 followers.

We wonder how Katie Hopkins will now react…

It makes you realise after today’s groundbreaking court ruling that you have to be careful what you tweet so many people tweet without thinking and don’t realise the consequences!