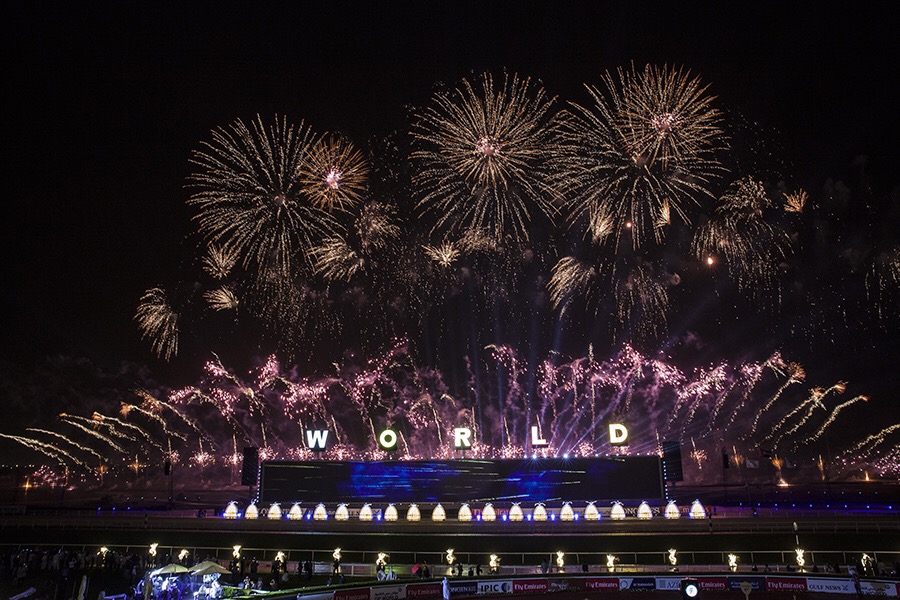 The 22nd edition of the Dubai World Cup, the most anticipated meeting on the international racing calendar, just came to an end with a live performance created for the first time by Balich Worldwide Shows through its Middle East company.

The Dubai World Cup’s ‘home’, the Meydan Racecourse and Grandstand, is the world’s largest integrated racing facility, with a seating capacity of more than 60.000 spectators. It is the biggest venue BWS has ever produced a live event in, 1.5 kilometres long, with one of the widest LED screens in the world, a whole football field long.

The Dubai World Cup Show celebrated the whole world gathering in the place where passion for horses was born. The finest thoroughbreds, the greatest jockeys and spectators have come from five continents to share this experience. The importance of the event was marked by the Vice President, Prime Minister of the UAE and Ruler of Dubai, HH Sheikh Mohammed bin Rashid Al Maktoum’s presence.

BWS created a sequence of entertainment segments that provided a fil rouge for the whole day, integrating shows and races, using video content, special effects and live performances. The day ended with a literal bang: the sky was “lit up” by 80 synchronised drones and an unprecedented firework display followed by the concert of international superstar Sia.

8 Marketing Ideas For Expanding Your Small Business In 2022