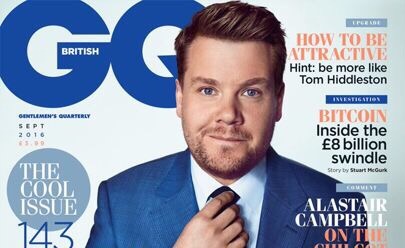 This week, GQ‘s online editor, Conrad Quilty-Harper, and engagement manager, Becky Lucas, revealed how the title has evolved since it launched in the UK in 1988, the synergy between GQ and James Bond, and why PRs need to think exclusivity when pitching to the team.

First published in the UK in 1988 with Michael Heseltine on its launch cover, GQ is aimed at ABC1 men aged between 20 and 44, has a 400,000 monthly readership, with online boasting over 1.7 million monthly unique users, and more than 1.1 million social followers.

The title says that 83% of GQ.co.uk users have influenced others to purchase their recommendations, and 88% have bought or plan to buy products they’ve seen in GQ .

GQ‘s online audience is twice as likely to be ‘high net worth city workers’, who are 64% more likely to be early adopters of technology.

Here are just a few top tips that Conrad Quilty-Harper and Becky Lucas from GQ‘s online team revealed at the media briefing, which took place at Regent Street Cinema in London:

“The GQ man likes things that every other man likes, but they want the best…it’s about escapism,” said Quilty-Harper. “If a man wants to buy a £500 jacket, he’ll come to GQ.” According to Lucas, GQ men don’t look at gift guides, but women do visit GQ.co.uk to get an idea of what they can buy the men in their lives.

The GQ team is currently working on a six-month experiment project on what works in terms of video for the title. The team is happy to receive B-roll footage or suggestions for locations to shoot, especially around fashion. Access is very important for video, whether it’s a celebrity for your campaign or an exclusive shoot around a new product.

Exclusivity is the watchword for GQ . It’s the difference between the team saying yes or no to a pitch. If they can get their hand on a new album or artist video 24 hours before their competitors, they are likely to say yes to covering them.