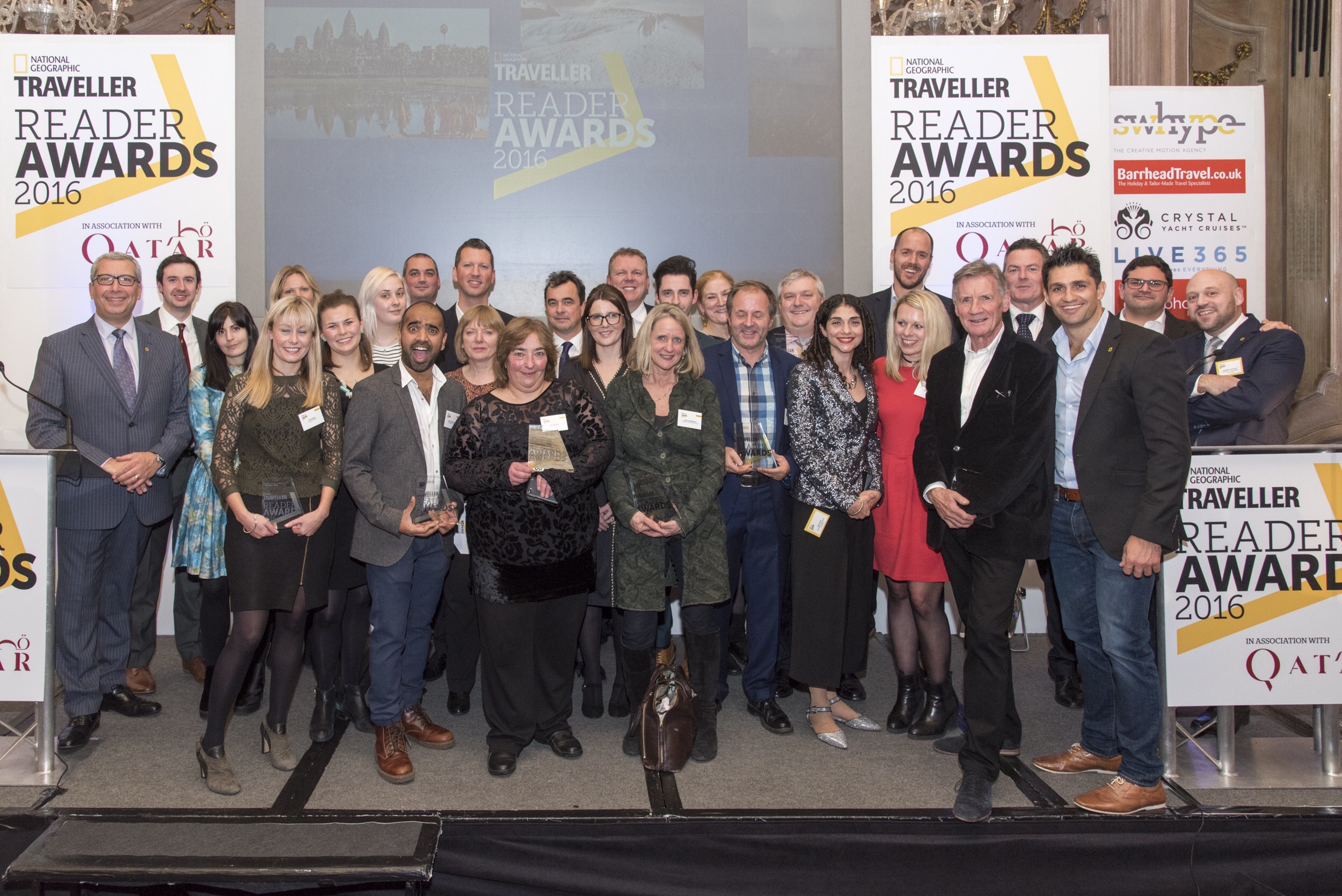 Michael Palin, British Airways and New York were among the winners announced at the National Geographic Traveller Reader Awards 2016, in association with Qatar Tourism Authority.
Celebrity chef and TV presenter Kiran Jethwa hosted the awards ceremony at Le Méridien Piccadilly in London on 29 November, which was attended by some of the travel industry’s top executives and senior figures.
Pat Riddell, editor of National Geographic Traveller (UK), said, “A huge congratulations to all the winners and finalists, and a huge thanks to all those who took part. Our readers are a knowledgeable, sophisticated, well-travelled bunch who don’t need much prodding to air their views — so it’s very satisfying to reward their favourite destinations, attractions and companies.
“And, of course, a very special mention goes to Michael Palin, who received our Outstanding Contribution to Travel Award this year. As far as we’re concerned, he’s nothing short of a national treasure, on account of his hugely significant and influential career to date.”
The 2016 awards saw an additional five categories added, with winners selected by a record 7,957 readers — up nearly 2,000 from last year — who voted for their favourite tour operator, blog, destination, and more. The winners will be featured in an eight-page spread in the Jan/Feb 2017 issue of National Geographic Traveller (UK).
Voters were automatically entered into a prize draw. Holiday prizes included a seven-night cruise of northern Iceland on board a new, boutique 17-cabin yacht with Variety Cruises; and a seven-night ski trip to Austria, courtesy of VIP SKI. An Apple iPad mini 2, two Amazon Kindles and 20 National Geographic Traveller (UK) subscriptions were also up for grabs.
2016 READER AWARDS WINNERS
SHORT-HAUL COUNTRY