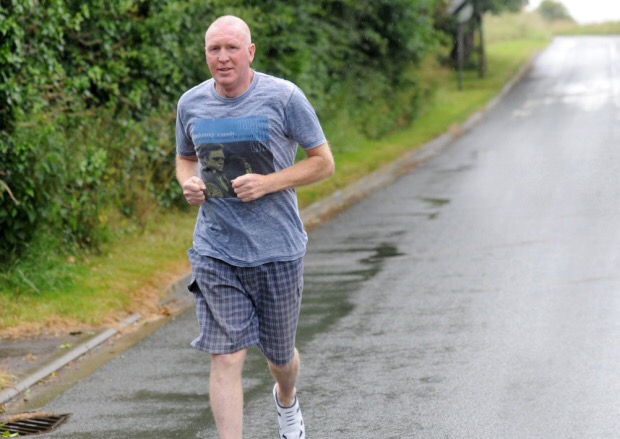 Selby stroke survivor Brendon Ormsby, 56, is one of the hundreds of people living with communication difficulties after a stroke.

A former Leeds United captain and Aston Villa player, Brendon survived a stroke on 22 December 2013, which left him paralysed on the right hand side of his body. He was also left with aphasia, dyspraxia, and literacy problems which all affect his day to day living.

Brendon’s wife Wendy said: “Since his stroke, Brendon has been making improvements with his speech but has had a lot of set-backs, including a recent heart attack and seizures. He finds it very frustrating and tiring not to be able to say what he wants. Communicating is something we all take for granted, but its draining for someone with aphasia and takes a lot of Brendon’s energy to think.

“We both joined Speakability in York around 18 months ago, which is run by people with aphasia for people with aphasia, and it’s really helped. Brendon becomes much more relaxed in the atmosphere and it helps to be around people who are in a similar situation; they understand and are patient with him. When people don’t understand aphasia, we can find it puts pressure on Brendon to speak, which he finds really challenging.”

The Stroke Association’s Lost for Words campaign aims to raise awareness of the challenges stroke survivors with communication difficulties can face, and help and support available.

Peter Moore, Regional Director at the Stroke Association, said: “After a stroke, around one in three people like Brendon have difficulty communicating, which can be both terrifying and isolating. It’s wonderful to see Speakability helping to support Brendon through his recovery.”

More than 350,000 people in the UK have aphasia, a communication disability which can be caused by stroke. The Stroke Association is urging people to show their support for stroke survivors who are lost for words and make a donation. For more information, visit www.stroke.org.uk/lostforwords.