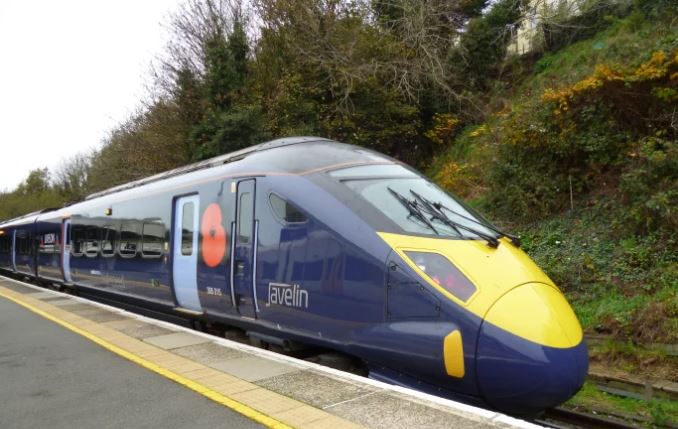 The money raised comes from a special high speed train service which ran ahead of Remembrance Sunday in November as well as from badge and mug sales and other donations.

The high speed service took paying passengers on a round trip from London, through Kent and along the East Sussex coast to Brighton on November 12 to mark 100 years since the Battle of the Somme.

Both Andy and Kent have spent the past three years dedicating much of their free time to help raise money for the Royal British Legion by organising the commemorative trips with help from Southeastern colleagues.

Andy said: “It’s such an achievement to be still doing this after three years, and I’m overwhelmed by the number of passengers and members of the public who each year have supported us and helped us get to this point.

“Thanks to everyone involved, we look forward to seeing you all again next year when we’ll hopefully raise even more money for The Royal British Legion.”

“As with previous years, it was a tremendous day and the total collected this year is better than we could have anticipated. Their hard work has made a hugely significant contribution to the Kent Poppy Appeal which supports the armed forces community, helping commemorate the fallen and secure the future of the living.”