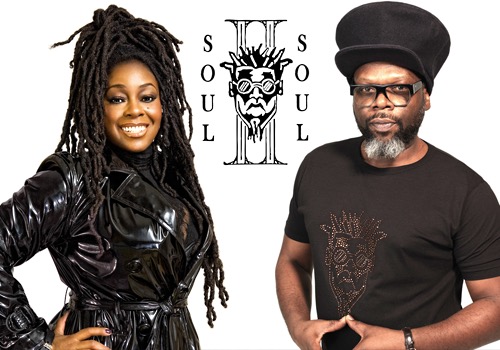 I was one of those old school-Soul II Soul ravers from back in the day, The African Centre, Dingwalls now known as the Roundhouse, Bagleys, the warehouse parties and the Notting Hill Carnival. These were some of the places I would attend frequently to listen to the Soul II Soul Sound System. So when they stepped up a level to releasing records, just like everybody else, I was well blown away with what they achieved. 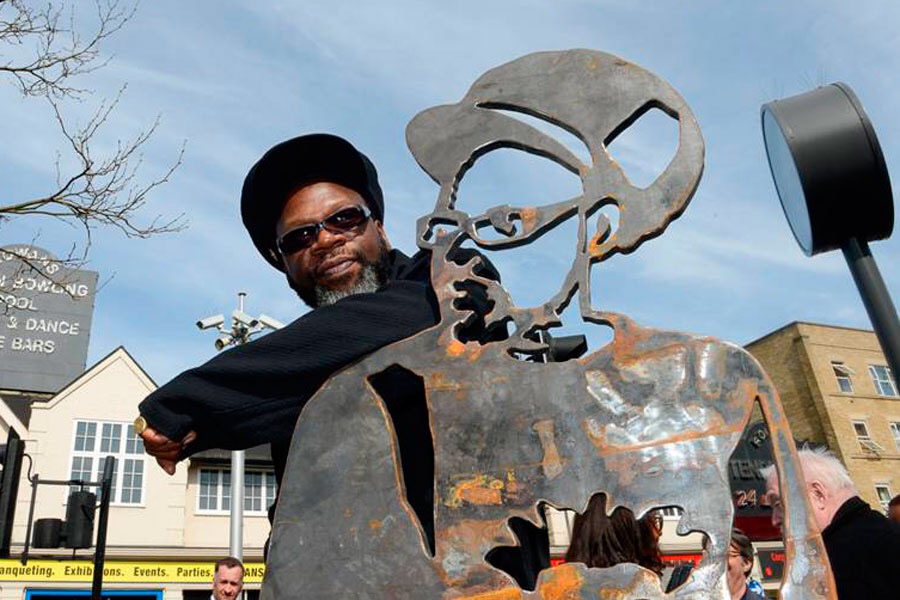 It is worth noting, Soul II Soul have sold in excess of 10 million albums worldwide. Along the way they have picked up two Grammy Awards, been honoured at the Ivor Novello Awards, awarded three Soul Train Music Awards, a MOBO Lifetime Achievement Award, a honorary PRS Heritage Plaque Award, an OBE for Services To Music and Jazzie B’s been honored with a special ‘Portrait Bench’ at Finsbury Park Bus Station in London and how can we forget that he’s the first sound man to be honoured by Her Majesty The Queen. So now you know, why it’s off to Koko I should go, for some nostalgic Soul II Soul in concert vibes featuring Caron Wheeler.

It was a majority mature crowd and everyone was animated like there was an excited anticipation within the venue. First up was warm up DJ Jazzi Q, who began playing some classic old school soul to get the party started. Tracks like; Love Will Bring Us Back Together, I Know You Got Soul, Think, Stone To The Bone, etc. The crowd duly responded by dancing and singing along. 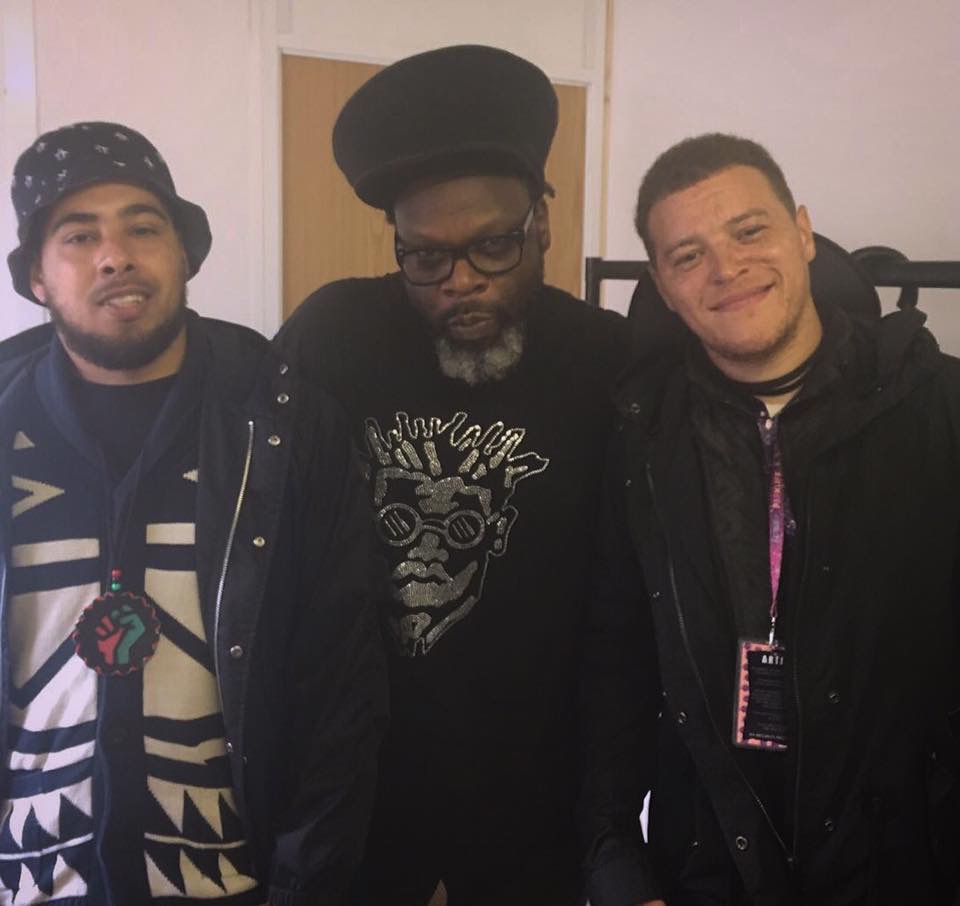 The 1st supporting act was Manchester based Children Of Zeus. A rapper and a singer with a unique blend of reggae and soul styles that worked seamlessly. I think everyone was taken aback by the singing ability Tyler Daley whilst Rob Myers rapped over some very nostalgic beats, reminiscent of 80’s rave period when health & safety, smoking laws, noise policy was nonexistent but the music was timeless. After the initial shock of ‘Cor these guys are really good’ the crowd began to warm towards the Manchester duo. I and everybody else loved their rap over the Sleng Teng Riddim with the lyrics ‘I was born in Manchester, on a council estate’ It was pretty easy to understand why Jazzie B would choose them as a supporting act.

DJ Jazzi Q continued to keep the crowd energised, by playing some old school Hip Hop, tracks like It Takes Two, Jump Around, Whoop There It Is, The Message, Let’s Talk About Sex etc. The crowd seemed a bit more hyped up from the last DJ set, jumping around singing and dancing. 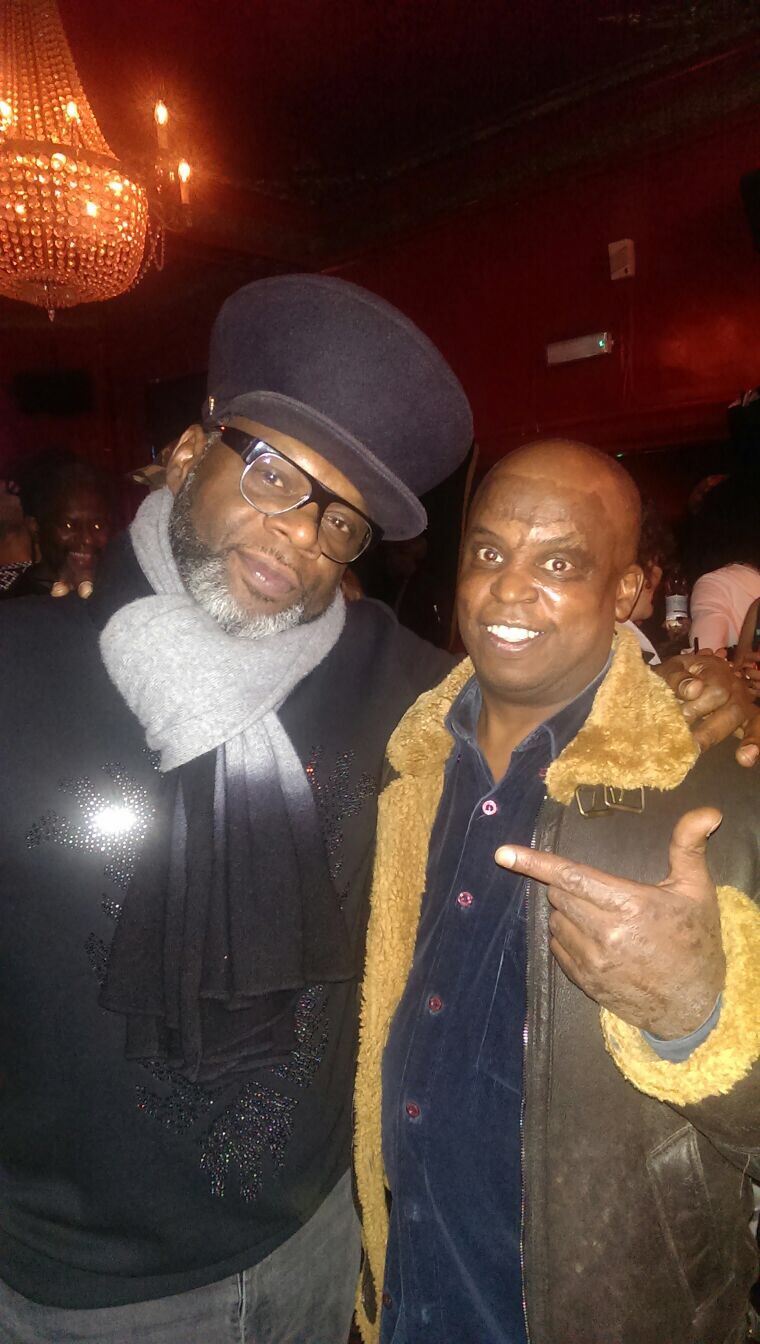 The 2nd supporting act was Bournemouth based Dubheart. A six piece band and one of the only roots reggae bands in the world performing a fully organic, fully live dub reggae show. Also known for their participation in the BBC4 TV program Best Part Time Band. The crowd warmed to them immediately, following their renditions of The Beatles A Hard Day’s Night and Sugar Minott’s Good Thing Going. They had a very British old school dub sound, similar to bands like Black Uhuru, Aswad and Mad Professor. Notably, one of the most striking things the band did which was similar to old British dub sound systems, was sing the vocal version of their tracks, then break into the dub version of their tracks, with the whole echo chamber thing on the vocals, strings and keyboards. Plus lead singer Tenja and keyboard player Daddy U had some very dynamic dance moves they did during the middle of the dub versions of their tracks. 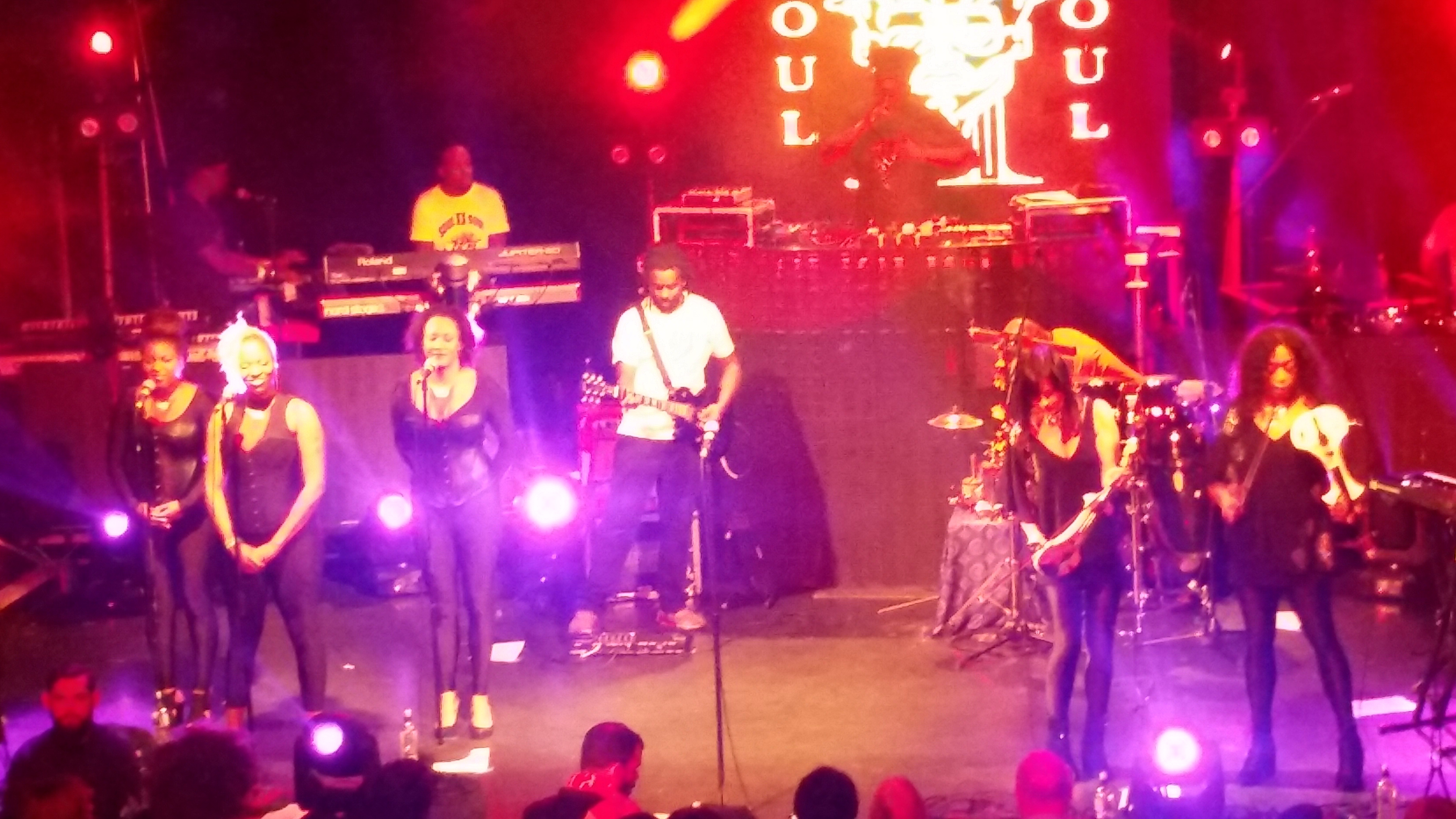 DJ Jazzi Q continued to keep the crowd hyped up, by playing some old school Reggae, tracks like; Money In My Pocket, Champion Lover, Love Has Found A Way, Puppy Love, Night Nurse, etc. By now Koko’s was really packed and the crowd were well enthusiastic as there was only the main act to come.

The Show started with a very bright stage light display, with some heavy bass cords being played at the same time and Jazzie B’s voice in the background introducing Soul II Soul, with their now infamous slogan, ‘a happy face, a thumping bass, for a lovin’ race.’ Then the stage lights lit up the band, the violinists and Caron Wheeler as she broke into the chart topping hit Keep On Moving. Everybody was dancing and singing along, everything was on point, Caron’s vocals, the band, the violinists, the background singers Jodie, Tashana and Emma, their dancing and the lighting was all synchronised extremely well.

Considering there were many artists who featured on the album tracks, it was Caron who took the lead vocals for the majority of all the featured tracks on the night like Missing You, Love Enuff, Fairplay A New Day and Back To Life. It was spot on, then background vocalist Emma took the lead vocals on A Dream’s A Dream’s, People and Get A Life. Her vocal range was so good, that you could easily believe it was her who originally recorded those tracks when they were done back in the day.

Jazzie B talked to the crowd throughout the whole set list in between the track intervals, like a very proud sound man with nothing to prove, introducing the next tracks, thanking everybody for coming out, paying tribute to Prince who he saw at the same venue years before, then taking the lead vocals on Jazzie’s Groove, Get A Life and Our Time Has Come.

For me personally and judging by some of the comments I overheard afterwards, it was an absolute quality night out. That really brought back some big time memories, of a time in my life when all I did was play the hell out of some of the Soul II Soul albums, with the volume up well high and the bass on full blast.

For further information about Soul II Soul or any of the other featured artists, please check their respective websites below,