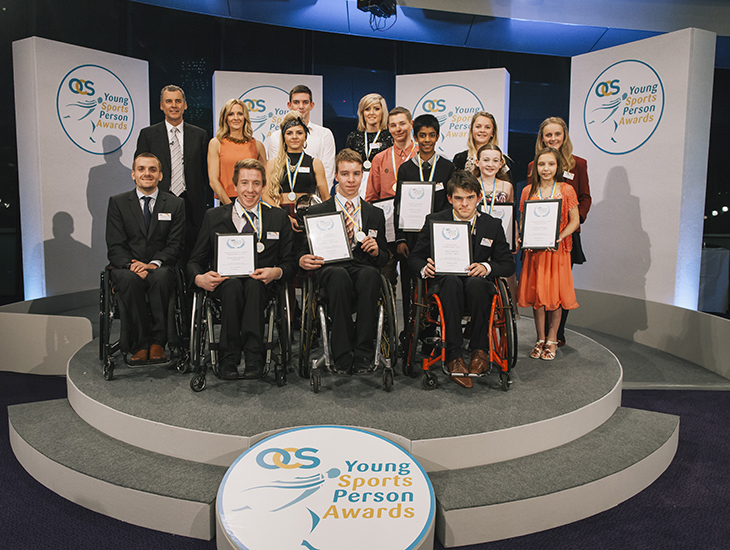 The OCS Young Sportsperson of the Year Awards, in partnership with SportsAid, will be held to celebrate and support the future of British sporting talent on Tuesday 1st November 2016 at GLA, City Hall, The Queen’s Walk, London, SE1 2AA*.

The latest awards ceremony, hosted by BBC Sport Commentator, and attended by sporting personalities from across a range of sports, will reward 13 budding athletes, many of whom have their heart set on Tokyo. At the awards event, an overall winner will be selected by audience vote from the fantastic young regional winners**.

In Rio,13 former OCS Young Sportsperson Awards finalists took part in the Olympic and Paralympic Games, bringing back three gold medals in disability swimming events and one in the 470 sailing event; two silver medals in swimming and one in gymnastics; and one bronze medal in paraswimming. Last year’s 2015 Young Sportsperson Award overall winner, Polly Maton, was selected to compete in the Paralympic 100 metres and long jump. Third time Olympian Louis Smith MBE, also a Young Sportsperson Awards winner, brought home another silver medal in this year’s pommel horse event. Other athletes supported by OCS include Beth Tweddle. After London 2012, Tweddle told OCS that: “To have received such an award during the early stages enabled me to…fulfil my short term goals on the way to the long time dream of becoming an Olympic medalist.”

Tim Lawler, chief executive of SportsAid said: “What an amazing year 2016 has been to celebrate our pride and passion in British sport. Success like that doesn’t just happen – it takes incredible commitment and dedication and a little bit of help along the way. The OCS Young Sportsperson Awards provides some of that help, making a telling contribution for young athletes, enabling them to step up to their personal best. OCS is a fantastic partner to SportsAid and we are very proud to be working with them to help direct this help and support as effectively as possible.”

Since 1998, OCS has made sports bursaries of almost £600,000 to more than 249 rising sporting stars through its Young Sportsperson Awards. The athletes are typically aged 9 to 13, when they rely on the bank of Mum and Dad to fund travel and accommodation costs, before they are supported by commercial sponsorship. Offering independent recognition and financial assistance at the start of their journey when, more often than not, parents and guardians are the solitary sponsor, makes a huge difference.

With grassroots sports clubs and charities fighting for funds, and with a decline in families being able to afford to send their children to after school clubs, schemes such as the OCS Young Sportsperson Awards are vital to help our next generation of athletes to success at Tokyo and beyond, and to continue the Olympic legacy achieved in Rio.