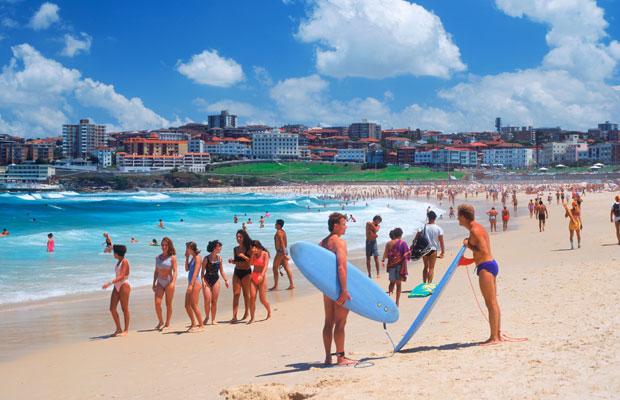 How did you spend your summer? Did you go to an East glamping site with hot tubs? Or maybe you jetted off to sunny Cyprus? Whatever you did, do you know how you came to that decision? While some people go on holiday to the same place each year, most of us are influenced by what our friends, families, and favourite celebs have said. In a recent survey of 2000 holidaymakers, Holiday Hypermarket has revealed some surprising statistics on just how influential celebrities are when it comes to choosing your holiday destination…

According to the findings, one in four adults admitted to having an interest in the holiday habits of the rich and famous, with 80% of those stating that they had actually booked a destination based on a celebrity they liked having been there. For example, you may have seen your favourite celeb staying at the voco Oxford Thames hotel and then booked a stay there because you saw how lovely it was. Those most influenced had even gone as far as spending extra money on their holidays in order to head to a popular celebrity hotspot.

Perhaps surprisingly, the survey showed it’s often men who are most influenced by the star-struck media, with the research showing they are almost twice as likely to blow the bank on a celeb-chasing holiday as their female counterparts.

Holiday Hypermarket’s Ian Crawford said “The stars of shows like TOWIE and Made In Chelsea are bringing people’s attention to destinations like Marbella and Ibiza, and the availability of affordable package holidays in these areas means holidaymakers can recreate paparazzi moments with the chance of rubbing shoulders with their favourite celebrity.”

One in five adults surveyed claimed to have actually met a celebrity during their holidays, with many saying they’d had their fan-moments in Ibiza, Marbella’s Puerto Banus and a host of glamorous Italian destinations.

Celebrity culture was most likely to influence the under-35s, a demographic where more than one in three respondents said that celebrity holidays were of interest to them, but the over-35s weren’t far behind – with one in five keen to keep up with the latest destinations of choice.

“Photos of footballers clubbing in Ibiza and pop stars stepping out for dinner in Milan are everyday fare in the press,” Crawford went on to say, “and whether people are travelling in the hope of meeting celebrities or simply with the aim of mimicking their style, it can only be good news for tourism.”

Interestingly, those living in London were the most celeb-hungry in the UK, being three times more likely to keep up with celebrities – and to splash out on copycat holidays – than any other area. Scotland and Wales showed the least interest, with fewer than 10% of respondents admitting to an interest in celebrity life.