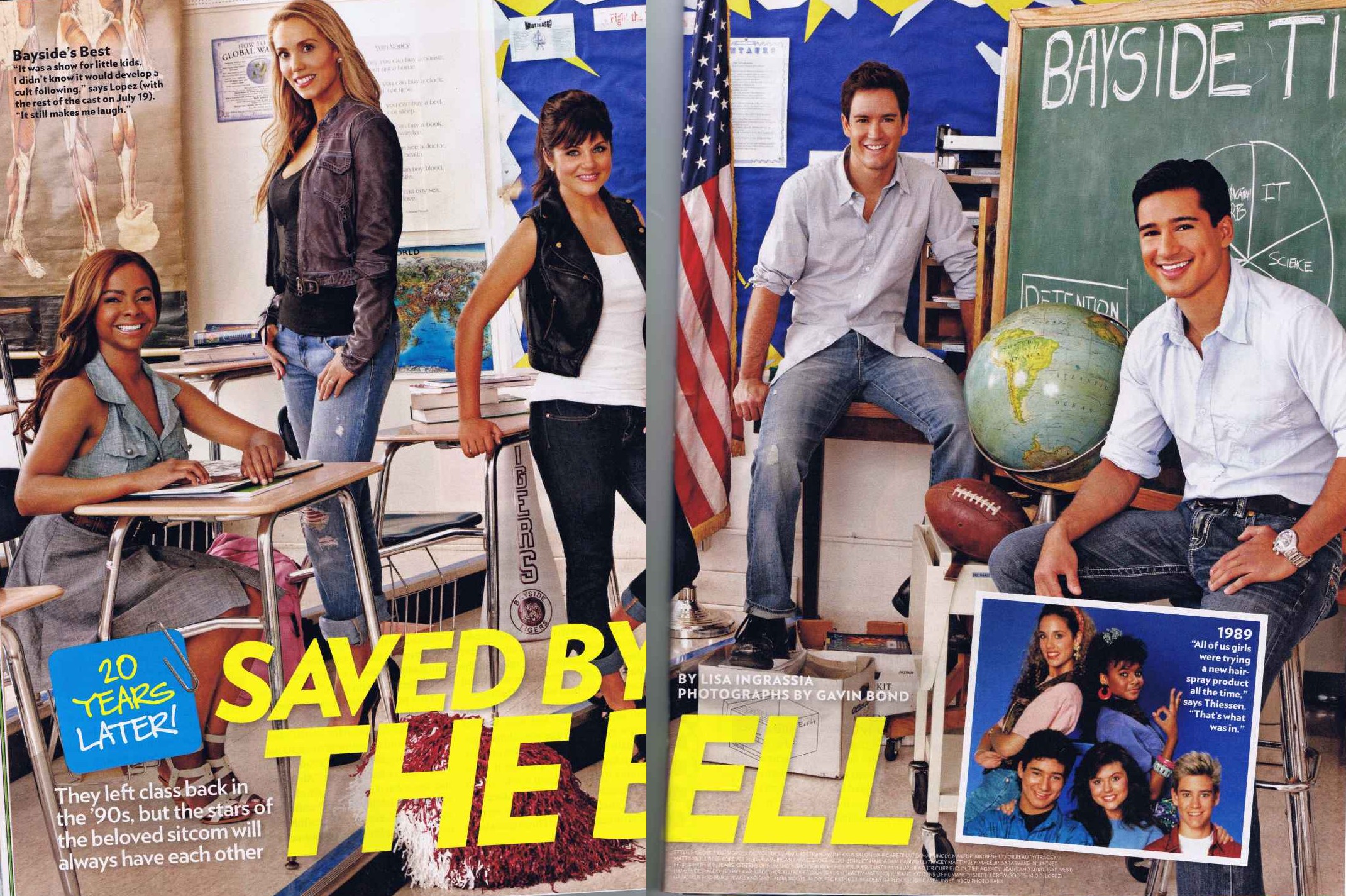 “I’m in Santa Monica, and it’s ninety degrees,” announces Peter Engel, which is remarkable, since his place is located by the sea. “But, of course, there’s no climate change!” he chuckles about the warm November day.

For the NBC Producer, it’s a humorous observation, but it seems to echo the stark ironies that have helped define his own life. The fascinating episodes of his colorful journey are now published in Engel’s memoir, I was Saved by the Bell: Stories of Life, Love, and Dreams That Do Come True.

Engel’s book is, indeed, a story of contrasts. Raised Jewish in New York, he would flourish in Hollywood, having converted to Christianity after a miracle followed a near death experience. For years, he had dreamed of hitting it big with a weekday prime time sitcom, but he’d actually hit a home run as the Executive Producer of a kid’s Saturday show. In an industry notorious for eating people alive, he would triumph over addiction, heartbreaking setbacks and personal losses to become one of Hollywood’s most successful mavericks. Then, he’d leave the glamorous lights of Tinsel Town for the somber settings of a Virginia Christian college. There, he’d end up becoming a voice of conscience against an increasingly politicized Christian movement.

In an excerpt from his book, he shares a speech he gave at a notable Christian gathering:
“I’ve read the Bible cover to cover. I’ve read it dozens of times, and I’ve read the gospels hundreds of times. Just yesterday I flipped through my Bible to take account of which gospels are in there. Matthew was there, Mark was there, Luke was there, and John was there. But there is no gospel of the Pentagon in my Bible.”

The life and times of Peter Engel are vividly captured within the pages of a book that one can’t easily put down. It’s filled with amazing details about a man’s determination to succeed, often against all odds, and the power of his faith. His career exposed him to some of the greatest names in show business, yet, he was always his own man and determined to express his own convictions.

With his hallmark teen show, Saved by the Bell, he also defied conventional wisdom.

“We broke all barriers,” says Engel, proud that the show also led to successful spin offs and two movies. He stresses that he was able to impact a whole generation by sharing important values, especially about embracing diversity. Launched in late 1980’s, the program was one of the first to feature a diverse cast of teen actors. But, it wasn’t always well received, recalls Engel, who mentions that Lark Voorhies was given the role of Lisa Turtle, a character originally written for a Jewish teenager.

“The character isn’t black,” an associate complained, to which he responded, “She is now!”

Engel, however, wasn’t initially excited about creating Saved by the Bell.

“If it wasn’t for my faith, I wouldn’t have produced the show. I would have thought it was beneath me.”

Having children of his own would also play a part in his decision. Engel sought to create the type of programming he’d want his own kids to see, and the inspiration took him to places he’d never expected to go. Since then, he’s produced various other shows, many geared toward the tween market, and successful reality shows, the most recent of which was Last Comic Standing.

When asked what his next project might be beyond this new book, he addresses God and says, “I’m 80 years old. If you don’t have anything else to do, I don’t want to hang around.”

For readers who’ve wondered what it’s like for a nonconformist in Hollywood, you can’t afford to miss this addendum to the Scriptures.