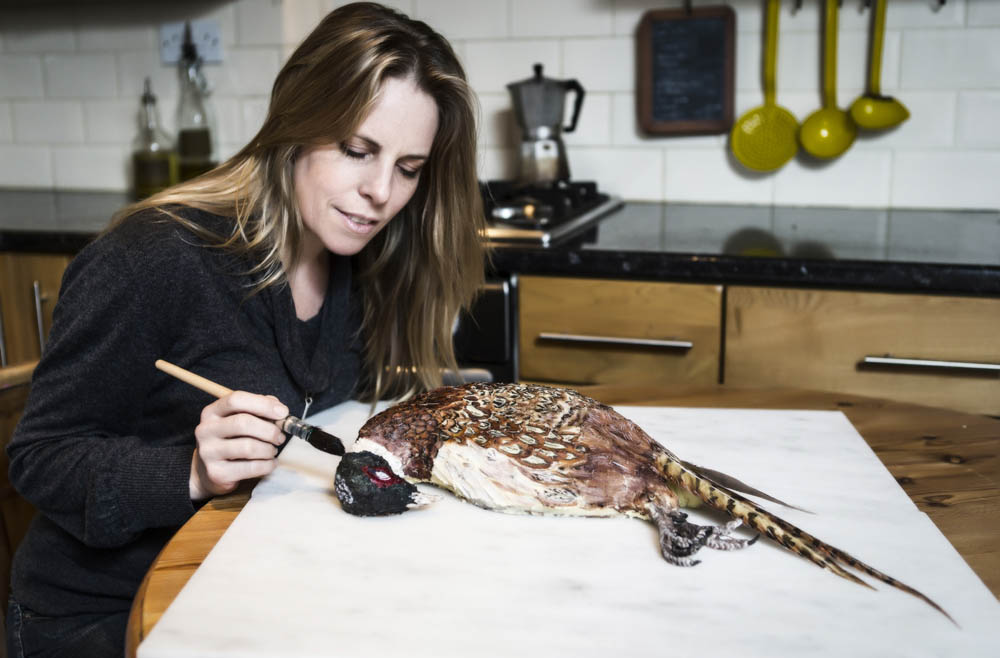 All are exhibits in The Edible Museum, the business the mother of two runs from her kitchen table at home in Sible Hedingham. Now she hopes to expand by building a specialist chocolate studio in her back garden.

Of course, with an innovative idea like this, it’s important that you patent your design or idea so that others cannot copy from you in order to make money for themselves.

And chocoholic fans are flocking to make her sweet dreams a reality through crowdfunding, which enables people with a great business idea to ask the general public for the funding they need to set up or expand.

Sarah needs to raise £10,000 by November 9th. If she does then she is in the running for local small business funding. A crowdfunding appeal launched earlier this month saw pledges for almost half the target amount made in the first week alone but the celebrity favourite must sell another £5,000 worth of her unique sculptures to ensure she reaches her goal.

The Goldsmiths fine arts graduate, whose work has been featured in films and on television says: ‘My chocolates have been described as what would get if you left Sir David Attenborough and Willy Wonka together for a weekend!’

‘I launched The Edible Museum from my kitchen table but now it’s time to build a dedicated studio to take my creations to the next level.’

Sarah’s skills have been recognised across the UK, Europe and America however what matters to the single mum is to be able to combine her business with raising her children Jack, 10, and Ruby, 8.

Inspiration for The Edible Museum grew from a commission to make chocolate vertebrae for a show at St Barts Hospital Pathology Museum in London and similar requests for chocolate artefacts from America’s most prestigious university Harvard and University College London.

‘Sarah said: ‘It was only after making a chocolate spine for an exhibition at St Bart’s and again for a celebrity client that the idea for edible artefacts was born. I knew that whatever I created for them had to be accurate enough to fool the eye.’

She’s employed the same artistic ethic on the collection launched for her crowdfunding site, which includes replicas of natural history exhibits such as fossil teeth from a Megalodon (Giant shark) and a T Rex

The site also features her copy of a Natterjack Toad, recently shortlisted for the Great British Food Awards. The toad is the first in an Endangered British Species chocolate collection by Sarah, which will raise money for The Wildlife Trust to help protect the creatures’ habitats.