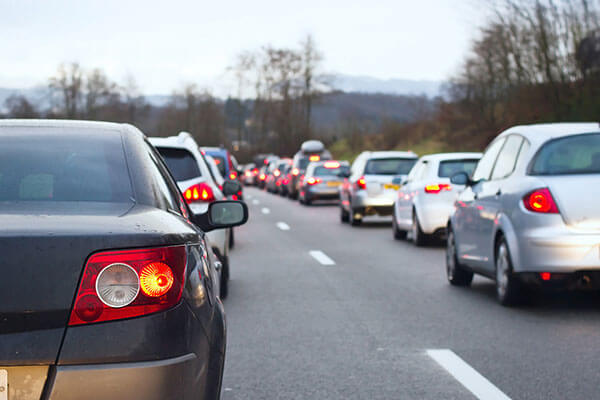 A new study by Scrap Car Comparison has revealed that a quarter (25%) of UK drivers are avoiding getting their cars repaired due to the rising cost of living, with many regularly suffering from stress related to the expensive running of their vehicle.
With the cost of living in the UK continuing to rise and petrol prices becoming a particular point of concern, researchers surveyed 1,500 motorists from across the country to discover how this may be affecting the safe running of vehicles currently out on UK roads.

Alarmingly, with the average cost of repairing and maintaining a car in the UK almost hitting £500 per year (£479), a quarter of motorists are actively avoiding getting necessary repairs due to the cost. While a further 16% admit to running a risk with the law by delaying or outright avoiding getting their MOT, a risk that could result in a costly fine of up to £2,500 and a driving ban.

These numbers are even higher for certain age groups too, with drivers under the age of 25 being hit hardest, as just shy of half (49%) have swerved a repair, and 45% their MOT or car service, due to costs they can’t cover.

If costs continue to spiral, even more motorists may be pushed to ignore repairs and the likes of their MOT, with 44% of drivers stating that they may be forced to do so in the future. This could equate to over 18 million UK licence holders¹ avoiding repairs and driving potentially dangerous vehicles on the country’s roads.

Outside of cost alone, the study’s shocking findings also help to highlight the mental repercussions faced by motorists as a result of the UK’s current cost crisis, as more than 1 in 5 (21%) suffer from stress at least every week, if not every single day, about the cost of running their vehicle.

“Driving a car is a necessity for so many people in this country. It’s how they get to work, take their children to school or get their food. To find out just how many drivers are having to avoid getting what could be an essential repair or knowingly drive without an MOT, have really highlighted just how much of a crisis point the cost of living is at in this country.

Energy bills, fuel costs and food prices are all having an impact on the reason for this, and more needs to be done to address this crisis as soon as possible, before the numbers of potentially dangerous vehicles on our roads rises even more, and becomes a serious health and safety issue, as well as one for our wallets”.

Scrap Car Comparison’s study also explored how the cost of repairing a car around the country varies, by identifying the amount drivers within various locations have had to spend on repairs over the last year.

The average cost in London is almost three times the national average of £479, while a further five locations charge over this national average. Meanwhile Wrexham claimed the crown as the cheapest place to get your car fixed, with locals paying a far below average £193 per year on repairs.