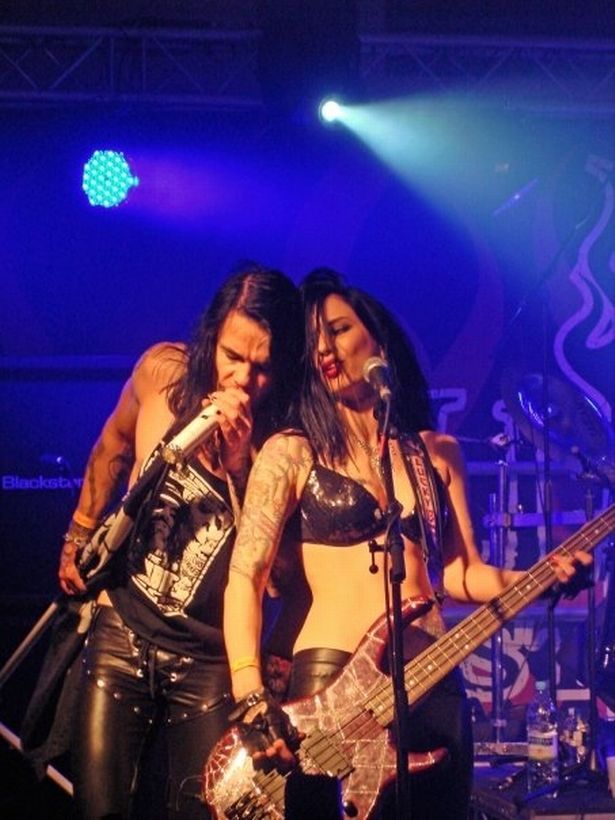 A WOMAN whose fiance died after having the AstraZeneca Covid vaccine will become the first person in the UK to receive a Covid vaccine damage payment of £120,000, GB News can exclusively reveal.

Until now, no lump sums have been issued to over 1,300 people who claimed damages for Covid jab-related injuries and bereavements, despite reports that more than 470,000 people have reported vaccine side effects to the Yellow Card Scheme.

But after months of campaigning Vikki Spit has announced she was to receive one following the death of her 48-year-old musician partner Zion.

Vikki, 39, announced the news this evening on Mark Steyn’s GB News show which has

given the vaccine damaged and bereaved a voice for months.

Speaking to GB News, emotional Vikk, 39, said she finally feels as if she has recognition but is vowing to fight on for others.

Commenting on the decision on Ms Spit said: “It’s the first step in the battle. People can no longer sneer at us and say we’re making stuff up and pretending we don’t exist.

“This isn’t about money as nothing can bring back the people we have lost. This is about recognition.”

“I think it is disgusting that widows and injured people have had to fight for a year to get this support, we aren’t finished yet.”

“I’m certain that if we hadn’t kicked up a fuss and come onto GB News with Mark, this never would have happened.”

The Vaccine Damage Payment scheme operating under the NHS Business Services Authority made the landmark decision on Vikki case last week and the decision is set to prompt calls for other claimants to receive payments too.

Ms Spit’s partner, musician Lord Zion, died two weeks after receiving the AstraZeneca vaccine in May 2021. It was later confirmed by a coroner that his death was caused as a direct result of the jab.

Despite applying for the Vaccine Damage Payment Scheme in early June of the same year, Ms Spit waited over a year for confirmation that she would receive the settlement.

She said: “I had to take out loans to cover costs after Zion died, I had to borrow money from my family. The amount isn’t acceptable. This amount hasn’t risen since 2007.”

She said her household income had “massively dropped” since her partner’s death, and applied to the scheme for support in June but had heard nothing more.

She said people who should have been “looked after” had instead been “left in the dark feeling like another statistic”.

The couple, who performed together in the band Spit Like This, were due to get married in 2021.

The Vaccine Damage Payment Scheme was set up in 1979 to provide a lump sum if one is “severely disabled as a result of a vaccination against certain diseases.”

The scheme has come under criticism from the Covid vaccine injured and bereaved for not being fit for purpose as the threshold for “severely disabled” is controversially held at 60%.

The NHS Business Services Authority has been asked for comment.