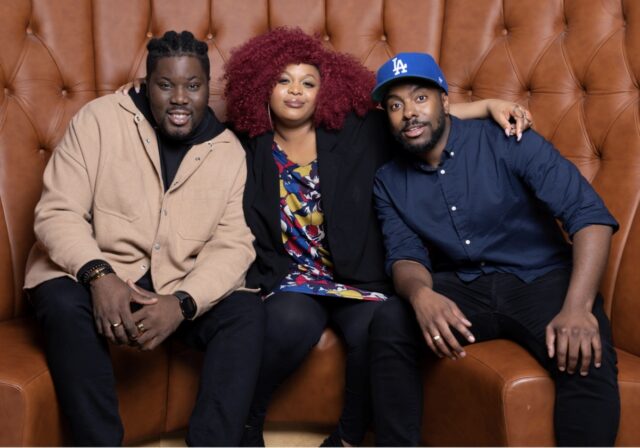 The six part thriller is being produced by BBC Studios Comedy Productions and Mondo Deluxe for BBC One and BBC iPlayer. Set in East London, Black Ops is the story of Dom and Kay, two Police Community Support Officers who join the Met Police in the hope of cleaning up their community but are unwittingly thrust into the murky world of deep cover infiltration. For Dom and Kay their lives quickly become more of a fiasco than Donnie Brasco.

Dom, played by Ikumelo, is feisty and takes no nonsense while Animashaun plays Kay her naïve, but surprisingly capable partner who lives with his church elder. The pair are soon thrust into a high stakes secret mission where they find themselves out of their depth facing one of the leaders of the Brightmarsh gang, Tevin, played by Ndifornyen.

Gbemisola Ikumelo, Executive Producer, Co-Creator, Writer and Actor commented: “It’s great to be working with Akemnji again after Famalam and Hammed is such a funny, brilliant, generous actor. I’m chomping at the bits to get started.”

Hammed Animashaun, Actor, commented: “I’m so so excited to be a part of the Black Ops family! I’ve been a huge fan of AK and Gbemi and to be working alongside both of them, is an absolute honour! I can’t wait for everyone to see what we’ve been up to!”

Akemnji Ndifornyen, Executive Producer, Co-Creator, Writer and Actor commented: “Cat’s finally out the bag… This has been an incredible labour of love. We’ve got a brilliant cast and crew and I’m so excited to get going. Let the games begin!”

Filming is now underway in London, with further casting set to be announced in due course. Black Ops is set to launch next year on BBC One and iPlayer.

Black Ops (6×30) is a BBC Studios Comedy Production, co-produced with Mondo Deluxe. It is created and executive produced by Gbemisola Ikumelo, Akemnji Ndifornyen (Famalam) and co-written and executive produced by Joe Tucker (Witless) and Lloyd Woolf (Witless). Josh Cole is the Executive Producer for BBC Studios Productions. The series is directed by Ben Gregor (Bloods, Cuckoo). The Commissioning Editors for the BBC are Gregor Sharp and Seb Barwell. BBC Studios is the international distributor for the series.