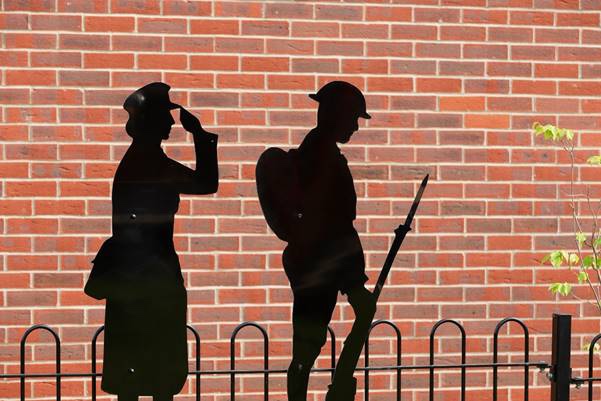 David Wilson Homes is supporting the Royal British Legion Industries’ (RBLI) Tommy Club after installing full size Women in War figures at its developments in Suffolk for the 77th Victory in Europe Day (May 8th).

Royal British Legion Industries’ ‘Women in War’ campaign aims to highlight the efforts of women – both in military and civilian occupations – during times of conflict.

The iconic female figures have also been made available for the public to purchase via the charity’s online shop. Every penny raised through their sale goes directly to support RBLI’s welfare, accommodation and employment services for military veterans and their families.

Lisa Farmer, RBLI’s Chief Executive, said: “We are immensely proud to have joined forces once again with Barratt Developments – this time to acknowledge the tremendous contribution of women to the British Armed Forces.

“Not only will the funds raised through the production of these wonderful figures directly support our wide range of services, but they have also provided direct, meaningful employment to injured veterans in our factory.

“This is just the latest in a series of unwavering commitments by Barratt Developments to do all they can to support our nation’s heroes through RBLI. We cannot thank them enough for their support.”

More than 100,000 joined the women’s branches of Britain’s military services during the First World War. After the war ended in 1918, women were overlooked and, within three years, all women’s branches were disbanded.

It was not until 1948 that the Women’s Service Act was passed, allowing for permanent peacetime roles for women in Britain’s armed services.

David Thomas, Chief Executive of Barratt Developments, said: “The RBLI’s Tommy Club is a great way for people to support our Armed Forces Veterans. Last year we installed over 300 Tommy figures in our show home gardens, and this year we are doing the same with these new Women in War figures.

“They represent the remarkable effort that women have made in every war, and we celebrate their achievements. We are proud to have installed these figures in our show homes in time for VE Day on Sunday 8th May.”

David Wilson Homes’ developments in the county are now proudly displaying the Women in War figures to pay homage to the soldiers.

Simon Wood, Managing Director at David Wilson Homes Eastern Counties, said: “We are proud to support the Tommy Club by erecting the figures at our developments in Suffolk.

“Not only will the funding help to support the fantastic work the RBLI is doing, the figures will also encourage our employees and residents to take a moment of reflection for those who served for our freedom.”

Women in War figures can be found in the gardens of the show home or sales office at a range of developments in Suffolk.