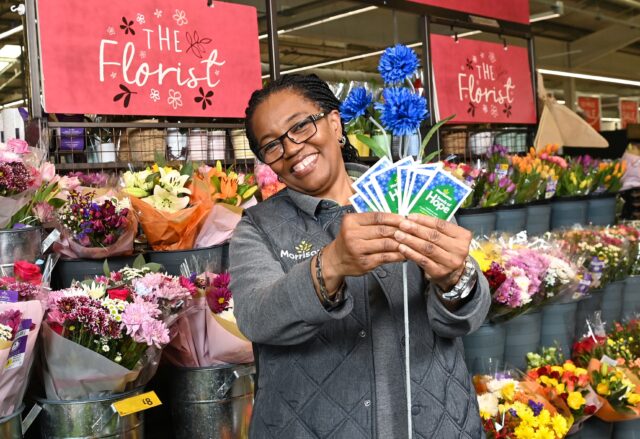 Morrisons is giving away 2.75 million packets of cornflower seeds to celebrate The Queen’s Platinum Jubilee and give the nation a colourful boost.

From 16 May, packs of cornflower seeds will be given away in every Morrisons store nationwide. Shoppers will be able to get a free pack at the checkout and online. Community Champions will also distribute them to local schools, care homes and community groups to help spread hope and positivity in their local area.

New research from Morrisons found the majority of people (63 per cent) view The Queen as a symbol of hope throughout her reign, placing Her Majesty above other notable figures such as Greta Thunberg (30 per cent) and Bill Gates (27 per cent).

In addition, nearly three quarters of Brits (73 per cent) say flowers make them feel hopeful and a further three in five (62 per cent) feel gardening lifts their mood, highlighting the benefit of the activity ahead of the Jubilee celebrations.

Cornflowers are known for their bright blue petals and are so striking that a colour has taken its name – ‘Cornflower Blue’. The flower represents positive hope for the future and is one of the many flowers being used in the Superbloom display at the Tower of London’ in celebration of The Queen’s Platinum Jubilee. These easy-to-grow wildflowers are great for bees and butterflies and can be sown in June to flower in September.

Rebecca Singleton, Community Director at Morrisons, said: “It has been a challenging year for many people in the UK and around the world and we want to help spread hope amongst our customers and communities. The Platinum Jubilee is a time for celebration, and through our millions of Seeds of Hope packs we want the cornflowers, with their bold sapphire shade, to represent brighter and more positive times ahead.”