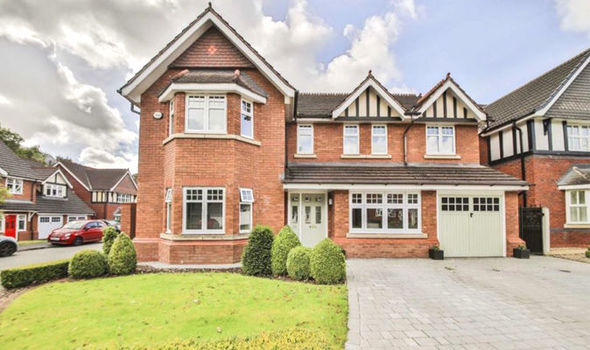 MORTGAGE applicants are likely to find it “much harder” to be approved for loans, a property expert predicts.

Jonathan Rolande, from House Buy Fast, said the cost of living crisis is set to result in banks introducing tighter and more stringent checks on those applying for home-loans.

His comments come just days after Santander became the latest bank to announce they were changing lending criteria.

Commenting Mr Rolande said: “We should expect other banks to follow in Santander’s footsteps. Responsible lending is vital to the health of the property market and it is easy to see why lenders are changing criteria thanks to the huge increase in living expenses we all face. Many homeowners may now find themselves in a similar position to tenants who ‘didn’t earn enough’ to buy but paid far more in rent than a mortgage for the same property. Owners may not be able to re-mortgage to reduce their monthly outgoings because of a shortfall in disposable income after increased bills are paid. With interest rate rises also widely predicted, a chat with a bank or broker as soon as possible is recommended to see if a mortgage is at the best rate. Self employed people, particularly those who run as a Limited Company are especially at risk as many pay themselves a low wage or dividend to keep taxes low.”

Banks have already begun to implement more stringent ‘stress tests’ on lending as interest rates increase. It is designed to check if borrowers can afford a standard variable rate plus three percent.

Halifax said the average house price hit a record £282,753 in March, a tenth higher than the previous year – marking the biggest annual jump since the financial crisis.

Mortgage brokers have warned that soaring energy bills, tax rises, and the surging cost of goods have prompted banks to tighten their mortgage affordability tests – making it harder to borrow as much.

Last week, Santander made it tougher for borrowers to meet its lending criteria because it told brokers it would reflect the rises in household bills, National Insurance and taxes.

Experts believe the punitive checks will make it more difficult to take out larger loans – meaning many people are at risk of being unable to purchase their desired home.