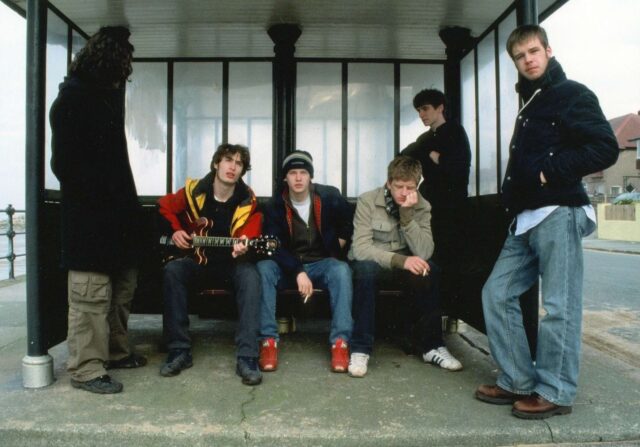 Drawing one of their most successful years as a band to a close, The Coral sail from their widely-acclaimed, No.2-charting double album, Coral Island, back into familiar waters with the release of the remastered audio and video for their April Fools Day 2002 single, Skeleton Key. The frenetic freak-out jam that raised-eyebrows as the band, then aged between just 18 and 21 years of age, cannoned into public consciousness brings the curtain down on 2021 and sets the scene for next year’s 20th Anniversary celebrations.

Already anchoring themselves into esteemed critics’ end-of-year best album lists for their themed, double album inviting listeners into a world of rusted fairground rides and jukebox jives, the re-energised five-piece get no closer inland by returning to Skeleton Key. Filmed around Leasowe Lighthouse in the cold, early months of 2002, with director, Laurence Easeman plus former members Bill Ryder Jones and Lee Southall, and concluding around the band’s dinner table, it crackles with three minutes of finely-tuned, punk-psych madness.

As the earliest cuts from the band’s two-decade archive is drawn up from record company vaults, Skeleton Key’s original B-Side, Darkness, also re-emerges in remastered form. A more intimate view on the world of the ascendant Coral, the track returns in all its low-lit, brass-gilded folkish glory, layered with a deep pile of subtle instrumentation.