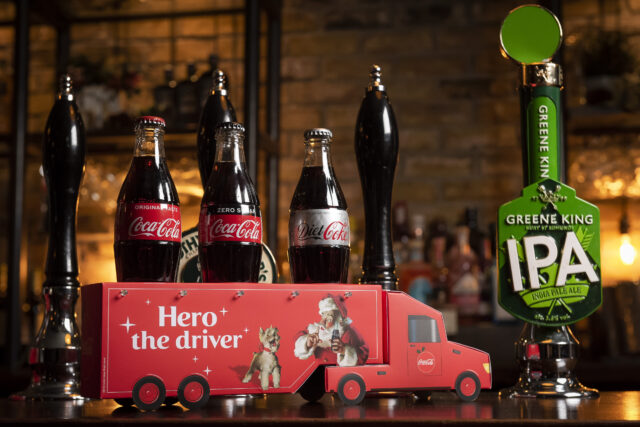 One half of the UK’s favourite couple, entrepreneur and TV personality Spencer Matthews has today been announced as the face of this year’s Hero the Driver initiative from Coca-Cola Great Britain. Coca-Cola recognise that the designated driver is often an underappreciated role, especially during the festive season. It’s also a role Spencer often plays himself, having become teetotal over a year ago.

Hero the Driver sees designated drivers from across the nation celebrated as the unsung hero of the festive period by offering them a free second drink when they buy a Coca-Cola Original Taste, Coca-Cola Zero Sugar or Diet Coke in participating pubs. To kick off the initiative, Spencer visited one of his favourite London pubs, Greene King’s Glassblower Pub in Piccadilly, to enjoy a perfectly served Coca-Cola Zero Sugar.

The Hero the Driver campaign will also be running in thousands of pubs and bars across the country including Greene King pubs, which have run the offer in partnership with Coca-Cola for 12 years, and also Whitbread venues. Nearest participating venues can be found by visiting www.herothedriver/pubfinder.