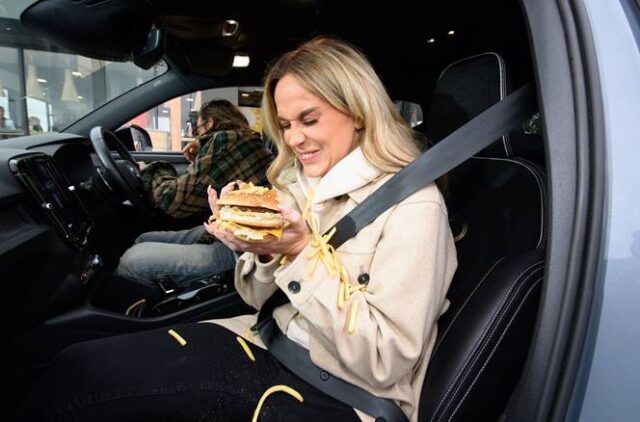 McDonald’s is taking action to combat littering in the UK – by getting rid of its packaging.

For too long, McDonald’s has seen the packaging of discarded dips, forgotten fries and bygone burgers littering our roadsides.

From a survey of 2,000 adults, it showed that over half of the British public are unlikely to intervene when faced with other people littering – which is why McDonald’s stopped giving its customers packaging for one day to stop potential litterers.

To demonstrate a stronger stance on litter, customers in Weymouth were put on the spot this week with all packaging removed from their Drive-Thru. Burgers, McNuggets and even Fries were all served straight into the hands of unsuspecting public. You can see their reactions in a video HERE.

This positive step is just the start for McDonald’s who are keen to play a leading role in sparking a change across the nation. Statistics from the survey show that 58% of the UK public describe it as a ‘major problem’ in their area, with 30% stating common areas being outside fast food or takeaway outlets.

It also emerged that seven in ten adults believe laziness to be a main reason for the litter on British streets. To create an incentive for its customers to throw away their rubbish, McDonald’s has partnered with LitterLotto.

Simon Jacobs, Lord of Litter at LitterLotto, stated, “We’re so excited to be launching LitterLotto in the UK, and an exclusive partnership with McDonald’s UK. We’ll be working together to incentivise people to bin their litter responsibly, and experience the joy of binning by winning prizes through the LitterLotto app.

“Together with McDonald’s UK, we’re on a quest to reduce litter, protect wildlife, clear our rivers and oceans of waste material – and make more waste available for recycling. Download the LitterLotto app now, and get binning!”

Customers will be able to win prizes just for binning their litter through the LitterLotto App from £5 to 10k McDonald’s is encouraging their customers to experience the joy of binning. To take part you’ll need to capture a photo of yourself binning your litter to win some amazing discounts for your favourite McDonald’s menu items.