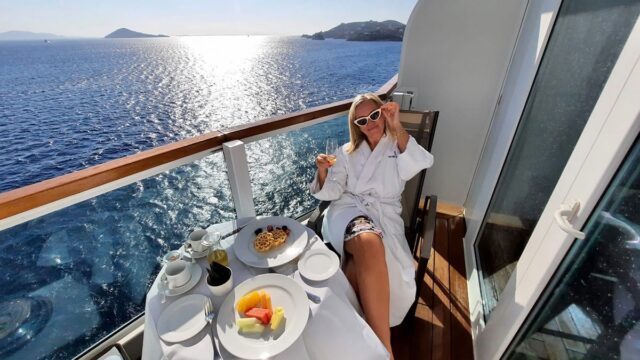 ROL Cruise, the UK’s No. 1 independent cruise retailer, has been presented with the ‘Call Centre Agency of the Year’ award at the prestigious Travel Weekly Agent Achievement Awards 2021.

The Travel Weekly Agent Achievement Awards are the largest celebration of the travel trade in the UK & Ireland and the highest accolade for travel agencies and agents. This year’s awards were the first to be held since the start of the pandemic and were designed to honour those travel agencies and travel agents who have truly represented the best of the industry over the past 18 months.

The awards ceremony was held in front of more than 600 guests in London in association with headline sponsor Virgin Atlantic, and was hosted by comedian Tom Allen and Travel Weekly editor-in-chief Lucy Huxley.

On Friday 15 October, ROL Cruise was subsequently recognised at the Wave Awards, which specifically honours excellence in the cruise industry, where the team won ‘Best Specialist Cruise Agent’ at a gala evening reception.

Sarah Wikevand, Managing Director of ROL Cruise, said “We are thrilled to have been awarded the Call Centre Agency of the Year award at the Agent Achievement Awards, closely followed by the Best Specialist Cruise Agent at the Wave Awards. These awards are voted by travel industry suppliers, including tour operators and cruise lines, and to be recognised and acknowledged by our peers is very rewarding. I would like to extend my personal thanks to every member of the ROL Cruise team for their complete dedication and commitment; I am very proud of us all.”

Travel Weekly is the market-leading multimedia company and magazine for the UK travel industry, with a presence in print, online and through a portfolio of events.

The Wave Awards are owned and organised by Real Response Media, the company behind the market-leading brands World of Cruising and Cruise Trade News. Launched in 2015 and now in their fifth year, the awards are firmly established as a premier accolade in the cruise industry.