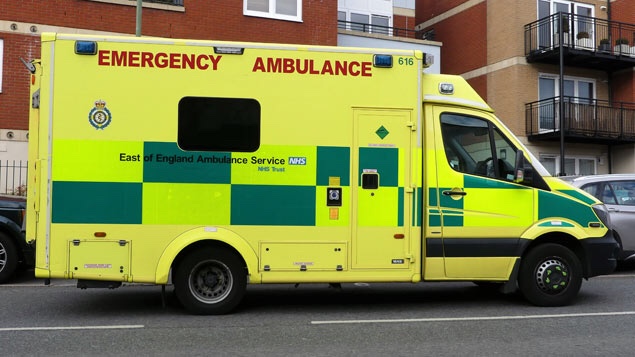 In a recent survey of UK Emergency Medical Services, Fire and Police commissioned by Safeguard Medical, 87% of respondents agreed that if the public were more aware of the immediate care required following major trauma, preventable deaths would decrease[1]. The majority of first responders (85%) believe that more lives could be saved with the introduction of bleeding control kits, placed alongside every public access defibrillator.

The UK Government has released statistics that over 41,000 knife crime offences occurred in 2020/21, of which 224 were homicides[2]. Bleed kits contain lifesaving equipment including tourniquets to stop major bleeding and haemostatic bandages that can be ‘packed’ into a wound to stop haemorrhaging.

Safeguard Medical is appealing to raise greater awareness of the vital skills that help to preserve life following a trauma incident. During the COVID pandemic, emergency responders reported increased pressures, with 95% agreeing they have responded to an increased number of trauma incidents. Almost half of those surveyed (48%) agreed that the public could be better prepared to respond while waiting for professional ambulance assistance to arrive on scene.

Emergency responders are also dealing with the mental health impact of witnessing and experiencing trauma, with 94% agreeing that their mental health had suffered because of the increased pressures placed on the emergency medical services during the pandemic. Safeguard Medical believes that if the public were better prepared to deal with medical and trauma emergencies, this immediate support could help reduce mental health pressure on emergency medical responders, whilst also directly saving lives.

One of Safeguard Medical’s partners, the Midlands Air Ambulance Charity, will host a training session on World Trauma Day at Merry Hill Shopping Centre in the West Midlands, delivered by Safeguard Medical’s training division, Prometheus Medical. At this free, open event, the public can learn vital first aid skills that could save someone’s life. These include how to perform CPR, use a defibrillator and how to manage major bleeding.

Ian Jones, air operations manager for Midlands Air Ambulance Charity, said: “With more than 63% of the charity’s missions being trauma-related, it’s important to use this day to shine a light on the enhanced critical care our crews provide, and what bystanders can do to help the patient before medical expertise even arrives.

“In addition, the demand for advanced medicines and equipment coupled with specialist care on scene delivered by our critical care paramedics and flight doctors continues to rise annually, with a 1.3 per cent rise in trauma-related incidents compared to 2020, which was already an extraordinary year with additional Covid pressures.”

Professor Richard Lyon MBE, Chief Medical Officer at Safeguard Medical and a practising NHS Consultant in Emergency Medicine & Pre-hospital Care, said: “Tragic incidents like the fatal attack on MP David Amess highlights that penetrating trauma incidents can occur anywhere, at any time. There is a real opportunity for better public access to life saving equipment, like bleed kit, in order to save more lives. Even with an air ambulance travelling in a straight line at over 130mph to an incident, patients can bleed out in under 5 minutes in some circumstances. Minutes are critical when you are bleeding. This is why a tourniquet or haemostatic trauma bandages in bleed kits give the public the chance to intervene and save a life. Our rapid response teams can then focus on keeping the patient stable and preparing them for medical intervention once at the hospital.”

Professor Lyon agreed that during the UK lockdowns, the number of callouts to incidents reduced but added: “There’s been a significant increase in recreational incidents following the lifting of lockdowns. Accident from sporting incidents, DIY, road traffic collisions, falls from heights, as well as an increase in mental health-related incidents and assault-related trauma – particularly knife crime – have all increased.”

Safeguard Medical is dedicated to equipping responders at every skill level to saving life, in any environment. Which is why its training arm, Prometheus Medical, is providing over 500 free places on its medical training courses across the UK to help prepare the public and businesses to respond better to medical emergencies by understanding bleed control.