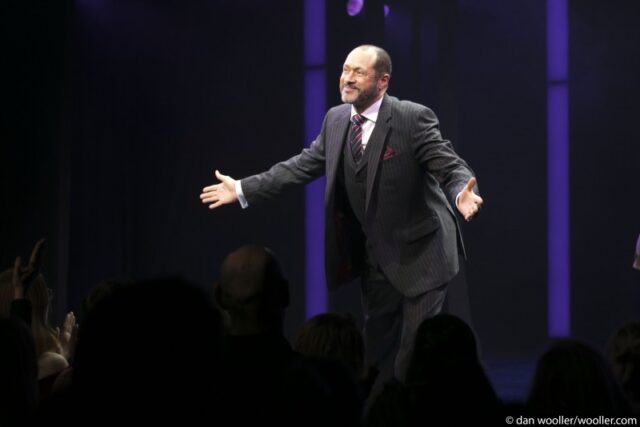 Mark is playing the role of James Morse in the new original West End production of ‘Pretty Woman: The Musical’ The production of “Pretty Woman: The Musical” re-opened on 8th July 2021 at the Savoy Theatre in the West End, after having to close due to COVID last year. It has been thirty one years since the release of the much-loved film “Pretty Woman” starring Julia Roberts and Richard Gere, the musical is directed by two-time Tony award-winning director, Jerry Mitchell and features original music and lyrics by Bryan Adams and Jim Vallance.

Mark Holden performs alongside Aimie Atkinson as Vivian Ward, Danny Mac as Edward Lewis and Antony Hewitt, who plays his grandson, David Morse. Mark’s character, James Morse, is an old-school businessman who started on the ground floor and worked his way to the top, creating a successful company with a major contract building naval warships for the US government and Edward Lewis (played by Danny Mac) plans to buy. In Act One, Morse meets Vivian Ward (played by Aimie Atkinson) through Edward Lewis at an exclusive dinner/dance lounge in the Beverley Wilshire Hotel. By the time Edward and Morse meet again in Act Two, the positive effect that Vivian has had on Edward allows him to be more understanding and thoughtful towards Morse and his business problems.

Holden described his experience on the musical, saying: “It’s wonderful to be back in the West End in an original London production.

This type of opportunity doesn’t come along everyday. The role of James Morse is integral to the story and has a much-appreciated gravitas about it. I’m finding out, that with maturity, this type of role comes up more often – which I don’t mind at all. I’m having a lot of fun working with this awesome and very talented cast.

They are a wonderful group of individuals, where a huge amount of support and friendship has already been established in such a short amount of time.”

Mark said that Monday 16th March 2020 came as a big blow to the “Pretty Woman” company. They were about to start their cast warm up on stage prior to the night’s performance, when one of the representatives from the Ambassador Theatre Group walked on stage and asked everyone – which included cast, crew, wardrobe, wigs and more – to gather around.

The representative continued by telling them that they were having to follow the government’s guidelines about large indoor gatherings and would be unfortunately closing the show immediately. Holden mentioned that there were sighs, tears and many sad looking faces.

For him, the first few weeks involved getting used to homeschooling his son, taking a closer look at his finances, keeping fit and looking around for other outlets for him to keep his brain sharp and interested. Mark got involved with an online Shakespeare company called The Show Must Go Online. This was open to actors/actresses of all diversities, disabilities, LGBTQ, professional, amateur and more. Their goal was to rehearse and do read through performances on Zoom of Shakespeare’s complete cannon every Wednesday night.

They accomplished this feat in the fall of 2020. He performed in four of the readings: “Titus Andronicus”, playing Aaron, “The Merchant of Venice”, as Diomedes, “Old Gobbo, Troilus and Cressida”, as Tubal, and “Antony & Cleopatra”, as Mark Antony. “These readings were inspiring and a wonderful place to meet new performers and keep sharp and exercised as an actor,” added Mark. 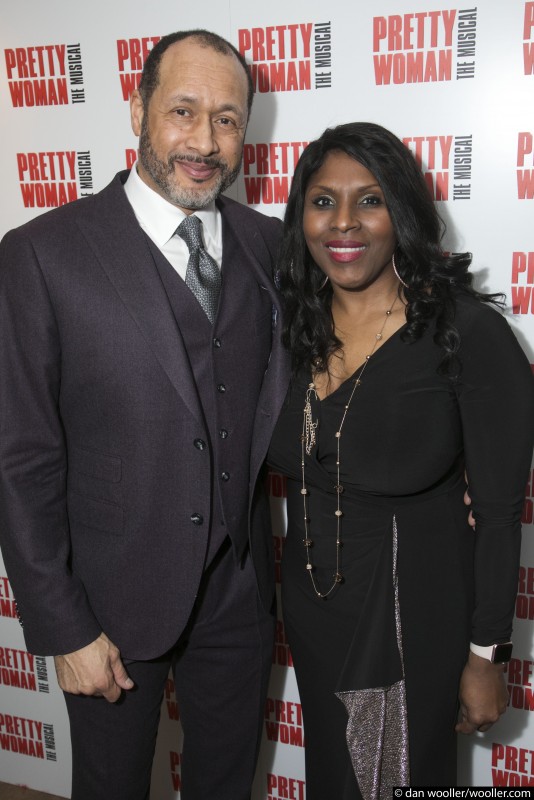 For Mark, this is yet another amazing role, and with more projects coming up over the next few months, he is understandably excited about the year ahead. Earlier this year Mark spent 10 weeks in Romania filming the independent comedy feature “The Perfect Escape“, helmed by the talented Romanian director Cristina Jacob. Mark plays Joel, a quirky owner of a mountain top lodge retreat with his on-screen wife Stacy Thunis.

They welcome couples for weekend getaways. This film will be out sometime in 2022.

The independent feature “Override” (aka: “R.I.A.”) came out on DVD and Digital on 6th September 2021, and Mark gave us an insight into the plot: “In 2040, a female humanoid A.I. is hacked by her husband and is forced to kidnap the US vice president’s son and execute him on live TV – as the culprit seeks revenge for his own son’s death. I play a supporting lead called Mitchell, who is the producer of a TV station.”