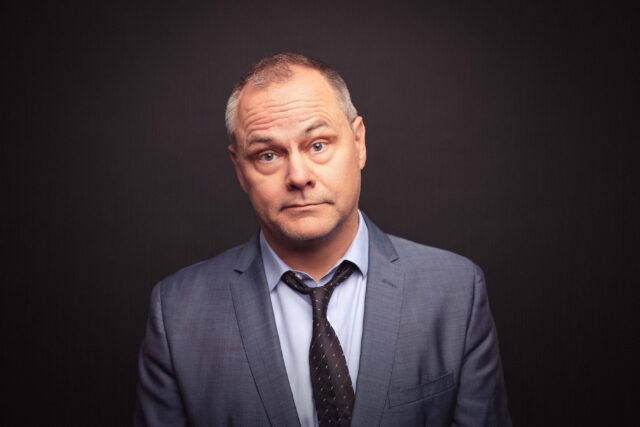 When everyone’s favourite grumbler, Jack Dee, announced he was returning to the stand-up stage in 2019 with Off The Telly, his first solo tour in six years, tickets flew off the shelves selling out the initial dates at incredible speed, and the was tour extended in to 2020 in order to meet exceptional public demand.

Now this tour has been fully rescheduled and even more dates have been added, including the iconic London Palladium on Friday 30th September 2022.

Don’t miss out and join Jack for an evening of entertainment (food and beverages are not included) as he hits the road with his eagerly awaited UK tour.

“In these difficult and uncertain times people need hope – a ray of sunshine to brighten their day. And that’s very much where I come in” says Jack.

Jack last toured a solo stand-up show in 2012, delighting sold out audiences the length and breadth of the United Kingdom and Ireland over a period of eighteen months. This was followed by the release of his sixth stand-up DVD for Universal Pictures (UK) – Jack Dee So What? Live.

His last foray on to the live stage saw him bring a brand new type of live show to audiences in 2015 with Jack Dee’s Helpdesk. Jack and his panel of special guests helped to shed light on an array of the audience’s personal problems, dilemmas and issues with nothing pre-planned. Met with critical success, Jack Dee’s Helpdesk was commissioned by BBC Two and included series on the General Election, the US Presidential Election and the Brexit Referendum.

Jack will also release his brand new book What Is Your Problem?, in 2021, published by Quercus this October. What is Your Problem? see’s Jack take life’s biggest dilemmas and answer them with his unique and very professional advice.

Other sidelines include Motivational Speaking, which Jack describes as “Basically a total waste of time, talking to losers, but the cash is decent” and then adds “Don’t print that”. It’s so hard to tell when he’s being serious.

In recognition of his charity work, Jack was denied an OBE in 2015.