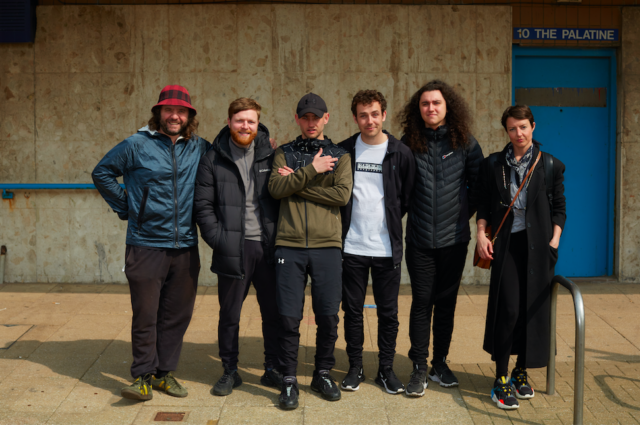 Stirring rambunctious rock ‘n’ roll with classic melodies and the attitude of Britpop, Liverpool quartet RATS are poised to become the city’s next life-affirming band as they channel the likes of The Stone Roses, The La’s and The Beatles. They plan to release new single this September. This is the first release from new music champions This Feeling’s new record label, which they’ve launched in partnership with Warner Music Group’s ADA.

With a killer concoction of a swaggering group charisma and a natural flair as musicians and showmen, RATS have won the hearts of a growing grassroots fandom with early singles including ‘Weekend’ and ‘Figure It Out’. One of their first shows was supporting the Happy Mondays, while a highlight of their streamed shows during lockdown came when they played a session for Everton Football Club as part of a bill that included DMA’S, The Wombats and Circa Waves.

RATS will take their energising live show on the road for their first gigs in over eighteen months. The tour includes a homecoming show at The Cavern Club, which sold-out five months in advance. Remaining tickets for the gigs, listed below, are available here.