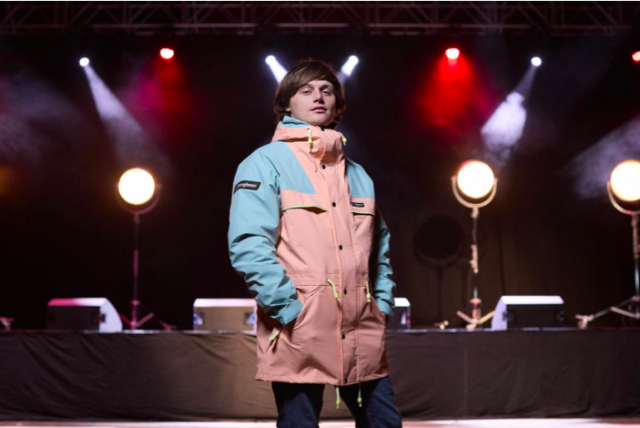 Having launched their Under The Spotlight series last week with Sam Tompkins, menswear specialists scotts continue to explore their passion for rising British music by unveiling its second episode, which highlights Liverpool’s indie-folk hero Jamie Webster. scotts are renowned among fashion-forwards lads for their eye for heritage sport brands with a timeless appeal, music and fashion being uniquely intertwined cultures.

Jamie Webster first came to attention when his version of the ‘Allez Allez Allez’ football chant became the unofficial anthem of Liverpool’s triumphant 2019 Champions League campaign. He’s since gone from strength-to-strength, playing to 80,000 people ahead of the final, releasing his acclaimed debut album ‘We Get By’, and becoming the first artist to top the Official Folk Albums chart. His impact is such that the Liverpool Echo included him in their recent list of the most influential people in the whole of Merseyside

Under The Spotlight takes Jamie to his hometown venue the Olympia, where he’s joined in conversation by his friend and mentor Timo Tierney of The Tea Street Band. The duo reflect on their shared memories of the venue and explore some of the stories behind Jamie’s songs. The distinctive Scouse spirit is naturally a talking point, as both artists discuss the city’s tribal community and its ability to celebrate local people who achieve big things .Jamie also touches on how his life has changed since leaving his job as an electrician to pursue music full-time, emphasising the need to stay grounded and to make the most of any opportunities that arise.

Both Webster and Tierney sport brand new designs from the Berghaus Heritage summer collection. One of scotts’ strongest selling brands, the Berghaus collection reinvents the ’80s style of bold, contrasting colour blocks to ensure that it remains fresh and relevant in 2021. As with all Berghaus designs, the new range lives up to the brand’s reputation for creating outdoor wear that’s beautifully designed and built to last.

The pair also hit the balcony of the Olympia for an acoustic performance of his ‘We Get By’, the title track from Jamie’s debut album. Arguably the song that best encapsulates his people’s poet appeal, the song celebrates the countless regular people who grind away and work hard just to make it through the week. Jamie will return to the venue to headline three nights from December 16th-18th. Two of the three shows are already sold-out, as Jamie looks set to perform to approximately 6000 people in Liverpool alone.

The Under The Spotlight series will continue with further episodes in the near future.