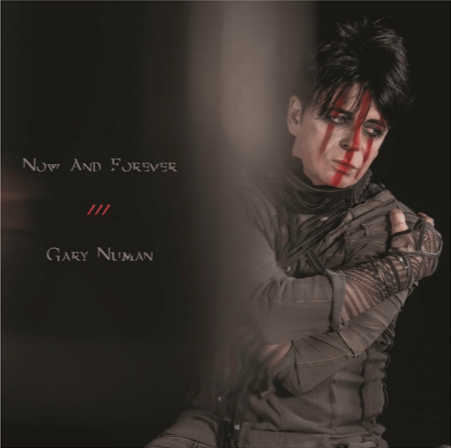 Gary Numan’s recent singles have offered a glimpse into the thought-provoking concept behind his new album ‘Intruder’, which will be released on May 21st. From the title track to the recent ‘Saints And Liars’, the narrative is emerging in chapters, gradually unveiling the tapestry that is the album’s wider story. Interest is building around the synth-pop pioneer’s 18th solo studio album, with fans and tastemakers alike (including NME, The Quietus and Radio 6) heralding Numan’s latest imagination of a frightening future.

Now Gary Numan presents his new single ‘Now And Forever’, which is the final teaser to preview the release of ‘Intruder’.

‘Now And Forever’ presents a subtle change of tone to the tracks that have preceded it. Its spare industrial opening marches like a funeral procession for a fatally wounded world, but its comparatively luminous synths and warm female backing vocals establish a mood of hope rather than pure despair. That ambience also resonates in the lyrics, which are viewed from the perspective of a world which has purged the population that plagued it. There’s regret for what has happened, but there’s the possibility for redemption at some point in the distant future: “Until it’s your time, I’ll wait here for you, forever.”

“This is one of two songs on Intruder where I tried to write a lyric that continued with the earth speaking theme of the album, but also had a second, entirely different meaning within it. In the case of Now And Forever the lyric is not only a message from the earth to humanity, but also a message from me to my wife Gemma. ” says Gary.

Ordinarily a new Gary Numan album would allow his fan community to congregate in their thousands at his consistently sold-out shows. While that time will come, the first opportunity for everyone to experience ‘Intruder’ together comes when the album is featured on Tim’s Listening Party on May 22nd. Gary will host alongside Tim Burgess for the playback, which commences at 10pm BST.

The album is available to pre-order here and will be released on CD, deluxe CD, black heavyweight double-vinyl, picture disc double-vinyl, cassette and digital formats. There are also three exclusive coloured double-vinyl formats: in red (at select indie stores), silver (from Amazon) and gold (from Gary Numan’s official store).

Since coming to prominence with era-defining hits such as ‘Cars’ and ‘Are ‘Friends’ Electric?’ (with Tubeway Army), Gary Numan has remained consistently creative and released a huge catalogue of work. His impact on electronic and alternative music has been hailed by pioneers such as Prince, David Bowie and Nine Inch Nails and remains impactful today, with Kanye West and Lady Gaga both crediting him as an influence. He was rewarded with the prestigious Inspiration Award at the Ivor Novellos in 2017 and shared his remarkable story with 2020’s candid autobiography ‘(R)evolution’.