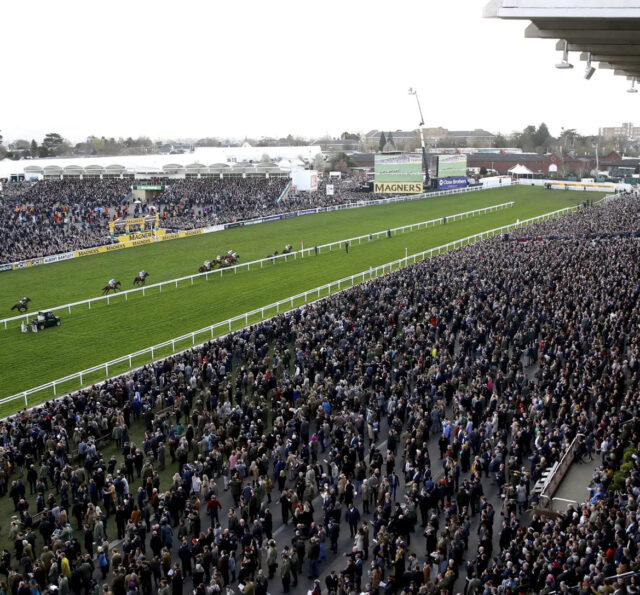 Every March, the Cotswolds come to life to the sound of thundering hooves as some of the biggest names from the world of horse racing gather under Cleeve Hill for the Cheltenham Festival.

Over 240,000 people regularly attend the four-day meeting, in what is considered to be the World Cup of National Hunt racing, as the best from the UK, Ireland and France, battle it out in the most competitive horse show on the planet.

If you’re the kind of person that only knows about horse racing when it comes to doing a sweepstake for the Grand National, or you prefer to pick your fancy based on the colour of the jockey’s silks, then fear not.

We are going to give you the lowdown on the 2021 Cheltenham Festival with our beginners guide to the meeting, which covers everything from the different races to where you’ll be able to watch.

There will be four day’s worth of racing at this year’s Cheltenham Festival, which is scheduled to run from Tuesday 16th March until Friday 19th March.

In total there are 28 races across the meeting, with seven races each day. These vary in Grade, from Grade One races to handicaps, and all have a different amount of prize money allocated to them for the connections of the winning horse.

The racecourse itself is known to horse racing fans as Prestbury Park, as it contains two different courses within it. On Tuesday and Wednesday, the action is run on the new course, which offers a test of speed and a shorter run-in.

On Thursday and Friday, the action switches to the new course, which is much more of a stamina test thanks to taking full advantage of the famous Cheltenham hill, which is on almost vertical ascent to the winning line.

Where to Watch the Cheltenham Festival?

The Cheltenham Festival is normally jam-packed with a 70,000 capacity crowd on Gold Cup day, and there’s often no better place to watch the drama unfold than on the racecourse itself.

However, with these ever-changing times that we are in at the minute, it looks unlikely that any paying spectators will be allowed to be in attendance at the meeting. There are hopes that owners will be granted permission to watch their horses compete at the Festival, but even that looks unlikely if the current UK restrictions continue.

However, if you are still hoping to place a bet on the big meeting then there are still plenty of places you can watch live streaming of the Cheltenham Festival. Most bookmakers now offer you the opportunity to watch the racing with them, as long as you are a registered betting customer with them.

If watching with a bookmaker isn’t for you, then the whole meeting will be shown live on TV across the United Kingdom on ITV Racing, and for subscribers on RacingTV. You’ll even get coverage across the radio network on stations such as BBC Radio 5Live and TalkSport.

Betting on the Cheltenham Festival

Betting plays a major part in the sport of horse racing and the Cheltenham Festival is no different with millions being wagered on the event each year.

If you are somebody who likes to have a bet on the meeting, then there are a number of different sports bookmakers who not only offer odds on each race, but also create an ante-post betting market for punters to bet on up to a year in advance.

As part of our mini guide, we thought we’d take a look at the current odds for the Gold Cup, which are currently headlined by Al Boum Photo. He is already the 3/1 favourite for the race, and after winning the latest two renewals of the race, is many punters’ idea of a good bet as he goes for the hat-trick attempt.

Champ, who has also won at the Cheltenham Festival in the past, is then the second favourite with the bookies at 13/2, while the Nicky Henderson-trained Santini, who was 2nd in the race last year, is currently available in the betting at 14/1.