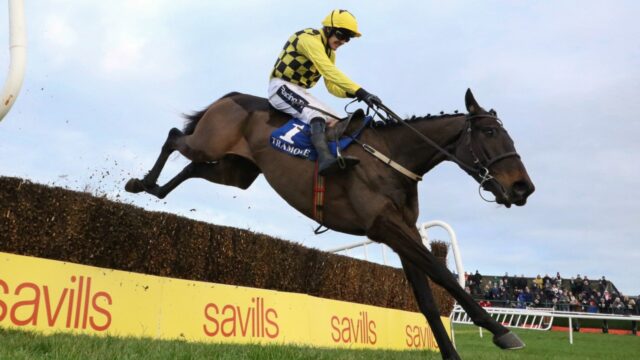 Despite wins for several Cheltenham Gold Cup competitors over the festive period, the odds for Al Boum Photo to win a hat trick of wins have barely changed. The belief of the bookies and punters alike has not wavered as none of the victories have shown enough to warrant anyone being deemed a huge threat to Al Boum Photo.

Al Boum Photo is yet to make his seasonal debut with that coming at Tramore on New Year’s Day. That will be his only outing before attempting to win the Cheltenham Gold Cup for the third consecutive year in March.

What are the Current Odds for the Cheltenham Gold Cup?

Al Boum Photo has long been the favourite and rightly so. The horse which has won each of the last two Gold Cups and is looking for a third straight victory, is looking the most likely to come out on top. As always, there is a chance of a shock and there are a number of high quality runners that could provide one.

In terms of the favourites at the Gold Cup, the odds are as follows:

Few professional tipsters are yet to go against the chances of Al Boum Photo and that includes Peter Scudamore. Peter Scudamore is a Master Racing Tipster, and he is not usually far wrong with his predictions.

Who are the Biggest Challengers to Al Boum Photo?

A Plus Tard announced himself as a threat by recently winning the Savills Chase at Leopardstown. However, it was not a straightforward victory. Minello Indo, the current second favourite to win the Gold Cup, fell at the 8th fence, leaving A Plus Tard just Kemboy to beat to the line, something he achieved by half a length.

Frodon also claimed a recent victory at the King George VI Chase you at Kempton on Boxing Day. A surprise victory, the 20/1 shot managed to beat Waiting Patiently and the favourite Clan Des Obeaux having led from the front from the start.

Those are the two horses currently showing the sort of form that could challenge Al Boum Photo. Having said that, the bookies are not convinced enough to alter their odds by too much.

When is the Cheltenham Gold Cup?

Starting on the 16th of March, the Cheltenham Festival runs until Friday the 19th of March. The Gold Cup is the 4th race of the day and the main showpiece of the whole event. There are 28 races at the festival with 7 taking place each day.

The Cheltenham Festival is one of the UK’s biggest horse racing events of the year but the next event could be held in silence. Due to COVID-19 outbreak, it is unlikely that many fans, if any, will be able to attend. The race will go ahead either way and punters/fans will be able to catch all the action on television. For those of you wanting to place some wagers, bets will also have to be placed online rather than at trackside.

Ready for the Action?

The Gold Cup always provides plenty of action but do you think that anyone will be able to catch Al Boum Photo? The other favourites are looking strong but it seems that they will have to be to stand any chance. Any of them taking your fancy? There are some great odds about, so perhaps there is some good value to be found betting against the odds on favourite.