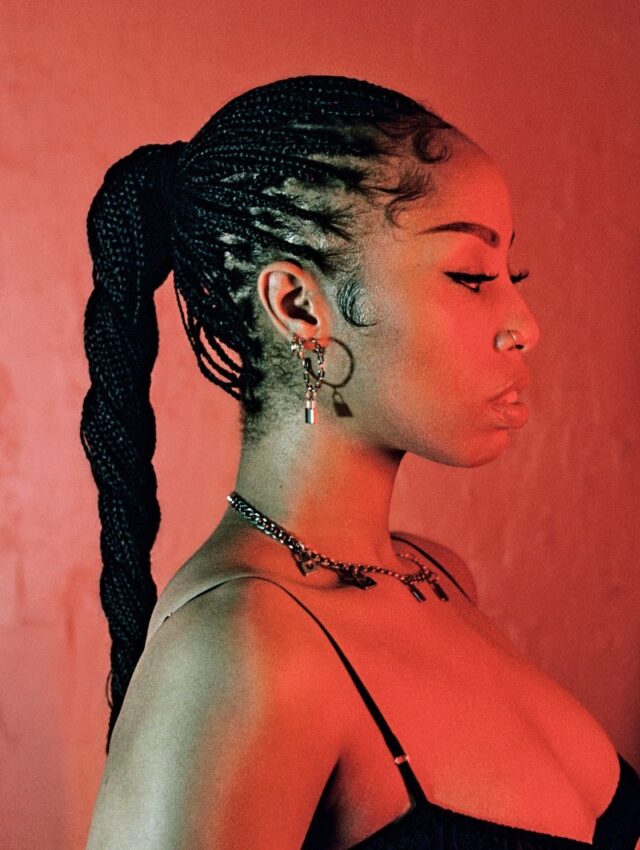 Today, Rochelle Jordan is thrilled to announce she’s signed to TOKiMONSTA’s Young Art Records. In conjunction with the announcement, she presents new single, “GOT EM.” Jordan’s first piece of new music since last year’s single, “Fill Me In”- in addition to collaborations with the likes of Jacques Greene, Machinedrum, Jimmy Edgar, and others – “GOT EM” levitates with classic handbag house. Produced by KLSH with additional production by Machinedrum, the track is versatile enough for underground raves or witching hour headphone reveries, invoking the sounds of Crystal Waters and Aaliyah.

“‘GOT EM’ is my song of Affirmation,” says Jordan. “I wrote it in 2017, a time where I had an intense epiphany about life. I started to become much more spiritually aware than I have ever been before. All the repetition in this song is my way of being able to meditate on these words of encouragement and confidence, affirm and push through. Talking my shit in the first verse, to speaking and encouraging whoever is listening in the second, I just wanted this song to seep into the veins of whoever needs to be lifted.”

Born in High Wycombe to British-Jamaican parents, Jordan and her family relocated to the eastside of Toronto in the early ’90s. Her father, a drummer, encouraged her love of art and instilled an appreciation for Northern soul, and Jamaican reggae and dancehall. Bleeding through the walls of her childhood bedroom, the adolescent Jordan soaked in the record collection of her older brother: funky UK house, nocturnal drum and bass, garage, and all the gospel samples contained therein.

Jordan’s first releases ROJO (2011) and Pressure (2012) revealed an effortlessness to her left-field R&B sound, blending sultriness with grit, confidence and a playful experimental streak. After relocating to LA, Jordan’s career swiftly elevated. She toured with Jessie Ware, collaborated with Childish Gambino (Donald Glover) on his 2014 Grammy-nominated album, Because the Internet, and landed a stint doing voice over work for the Adult Swim show, Black Dynamite, where she appeared in a memorable episode featuring Erykah Badu, Chance the Rapper, and Mel B. of the Spice Girls. Jordan’s first complete statement, 2014’s 1021, produced the acclaimed singles “Lowkey” and “Follow Me.” Pitchfork named the latter one of the most essential post-Drake Toronto tracks, calling 1021 “one of the best Canadian contemporary R&B albums of the last five years.”