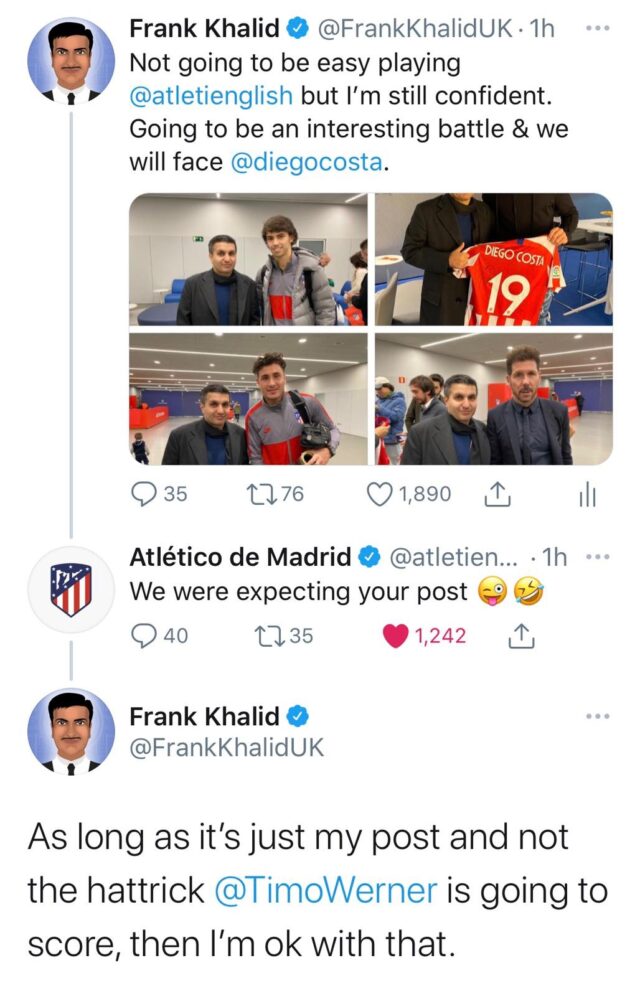 Atletico Madrid last week got the Frank Khalid tweet they were “expecting”.

Elbrook cash and carry, Chak89 and West London Film Studios owner Frank Khalid, who is a massive Chelsea fan took to his Twitter to express his disappointment at the news that Chelsea got Atletico Madrid in the Champions League draw.

UEFA confirmed Atlético would take on Chelsea next spring as part of a draw that also pitted Real Madrid with Atalanta and Barcelona against Paris Saint-Germain (yet again). Atlético will host Chelsea on Feb. 23, and the return leg will take place at Stamford Bridge on March 17.