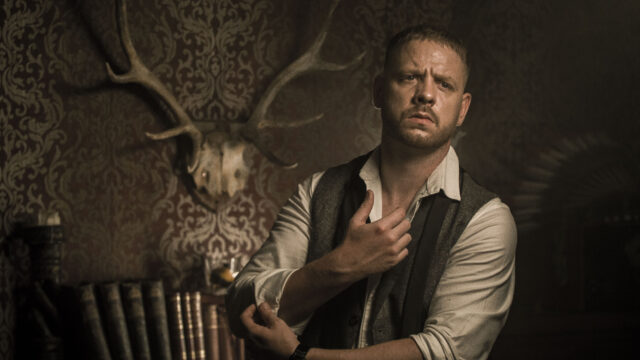 New feature film ‘Hosts’ is the official selection at two of the biggest horror festivals in the world.

The talented director duo Richard Oakes and Adam Leader had Neal firmly in their sights to play the lead role of Jack in their debut film ‘Hosts’, having worked with him on several previous projects. They knew the commitment he would bring – and in the end he went beyond the call of duty and ended up in hospital… (spoiler: he was fine).

‘Hosts’ is set in a small, remote village on Christmas Eve, when two innocent people become hosts to a malevolent entity, completely against their own wills. In the space of one night, they terrorise a family in the most manipulative and menacing ways. But these vicious possessions only mark the start of a much larger epidemic. They are hungry for blood and will not stop until they’ve taken on the world.

The film offers an extremely dark insight into how lying to and deceiving your loved ones can destroy the bonds you have with them forever. There’s no turning back…

‘Hosts’ is the official selection at two of the biggest horror festivals in the world, playing at Sitges Film Festival on 11-12 October and the UK’s FrightFest on 22-25 October.

Neal plays the lead role of Jack, a kind, sensitive man who’s preparing to spend Christmas with his loving girlfriend Lucy (Samantha Loxley) and his neighbours the Hendersons, until his life is turned upside-down as the pair are subjected to a malicious, supernatural entity. Jack becomes an instantly iconic character for the horror world: a somewhat average, loveable guy turned into a carefully calculated, violent killer with just the flick of a switch!

While filming on the set of ‘Hosts’, Neal was subject to his own horror story. During a pivotal scene, Neal decided to step up the intensity to create something eye-catching for the audience. But when you mix a 12-inch kitchen knife and shooting in the dark at 5am, it all adds up to a trip to the hospital. Neal says: “As an actor, I’m always trying to create something that’s never been done before, something that pushes the boundaries and the rules! So, when tasked with a simple scene involving a 12-inch knife, I pretty much got carried away with myself and stuck the damn thing straight through my costume and into my thigh!

“With blood pouring down the inside of my leg, I was taken to a chair with my trousers round my ankles as first aid was performed, and the highlight of the night was director Adam Leader coming to my rescue, kneeling down by my side, taking my hand in his and looking up at me with a glint in his eye. He said: ‘I love you mate! Are you ok?’

“This all sounds way worse than what it actually was – the hospital gave me one stitch and two paracetamols and sent me on my way! So, when I say I put my blood, sweat and tears into this film it’s 100% true, because I’m sure that when I was receiving that one measly stitch, there were a few tears present.”

Neal’s credits include lead role in the film ‘Two Graves’, currently on Netflix, as well as having just completed filming ‘April’ (working title), an underground thriller about teenage sex-trafficking rings.

Ward is now moving on to star in ‘Sharkers’, a gritty underground film that he’s producing with Patrick Chamberlain. The film has nods to ‘Trainspotting’ and ‘Fear And Loathing in Las Vegas’; the pair are currently seeking budget and aim to shoot in early 2021.

‘Hosts’ is released in America on many outlets including Apple TV, Google Play, Vudu and Vimeo on Demand.