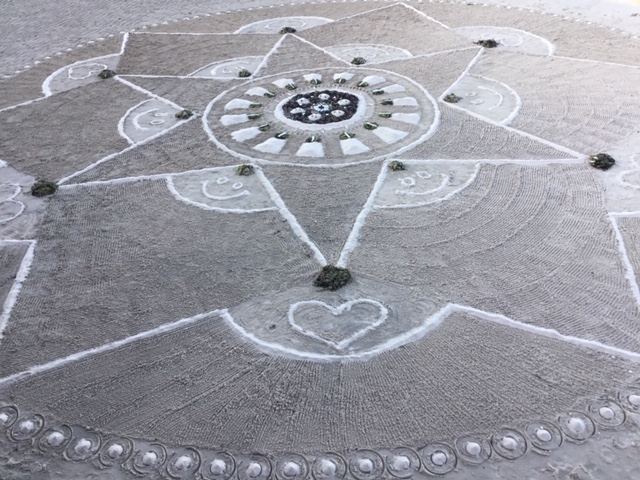 Purfleet-based outdoor arts organisation Kinetika has this week announced that its annual walking festival T100 has this year been invited to be part of the Totally Thames festival.

Kinetika’s annual T100 Walking Festival, now in its sixth year, usually takes place in July but in 2020, it moves to September and the company is delighted to announce that it will be one of the events in the Totally Thames programme, spreading the festival from the London boroughs down the Thames all the way to Shoeburyness. Totally Thames is an annual celebration of the River Thames run by the Thames Festival Trust. It curates a diverse, creative programme that connects people along and to the river, inspiring and enthralling participants and audiences.

The theme for T100 in 2020 is T100 Calling. The festival is asking participants to reimagine their futures in creative ways. A series of mandalas will be created at locations along the walk routes as a response to this theme. The purpose of designing a mandala is to meditate on challenges faced, raise awareness and inspire people to think about alternative futures, possibilities and the potential for change. Hindu and Buddhist mandalas are artworks symbolising the universe. T100 Calling aims to bring communities together through the making of the mandalas from locally sourced materials.
Ali Pretty, Artistic Director, Kinetika said ‘Over the last five years, we’ve been made very welcome in Thurrock. Last year, which ended with a spectacular carnival in Tilbury, was the culmination of the strong partnerships and personal connections we’ve nurtured here. Now, in 2020, T100 has a more vital role to play than ever before. Increasing our reach through being a part of Totally Thames and building on this strong foundation, I hope the festival will continue to be a driving force to bring communities together, working towards a new future for us all.”