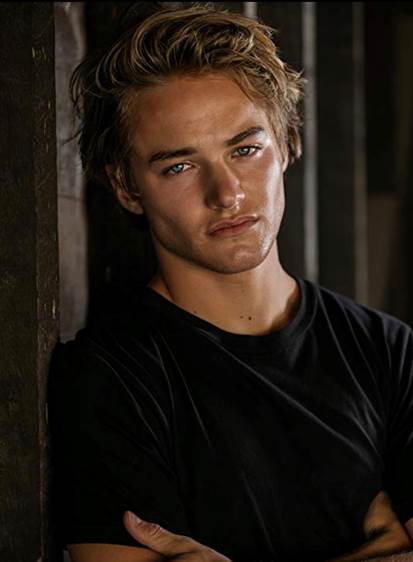 Mitchell Hoog, soon to be starring as Zack Morris’ son ‘Mac’ in Peacock’s highly-anticipated “Saved by the Bell” reboot, will produce and star in AFTER MASKS, a 5-part anthology series written and directed by the actors themselves while under the stay at home order with Brian McCulley and John Crockett of AEC Studios producing.

Developed to keep production moving in a uncertain times and leading the way to other productions in a post Covid world. The stories will be focus on many of the relatable issues we are all dealing with while on quarantine during the Covid-19 pandemic such as isolation, uncertainty, fear, substance abuse, and self-discovery, among many others. The segments, while stand alone, will take place during the same time-period, and share the same through line.

The film series will be one of the first to shoot following strict social distancing restrictions. Robert Picardo (Star Trek: Voyager), Stefanie Estes (Amazon’s “Tales from the Loop”), Frances Lee Mccain (Back to the Future), Michael Welch (Twilight franchise) and Alexandra Rodriguez (Hulu’s “East Los High”) will also star and Andrea Tucker will exec-produce along with Andrew Burrill.

Born in Fort Collins, Colorado, Mitchell Hoog grew up as a top snowboarder, before realizing his passion for the arts and beginning his acting training with AEC Studios. Hoog starred alongside Cynthia Erivo and Janelle Monae as ‘Vince’ in the critically acclaimed biopic Harriet, based on the story of freedom fighter Harriet Tubman.

Hoog will next be seen as Zack Morris’ handsome, charming, privileged son ‘Mac Morris’ in Peacock’s highly-anticipated “Saved By the Bell” reboot alongside original-series cast members Elizabeth Berkley, Mario Lopez, and Mark-Paul Gosselaar, who are returning for the reboot, along with new leads Josie Totah and Dexter Darden. In the new “Saved by the Bell,” California Governor Zack Morris (Gosselaar) gets into hot water for closing too many low-income high schools and proposes they send the affected students to the highest-performing schools in the state, including Bayside High.

The reboot will be executive produced and written by Emmy-winning 30 Rock writer-producer Tracey Wigfield. The influx of new students gives the overprivileged Bayside kids a much-needed dose of reality. If that wasn’t enough, he is also set to star as a ‘young Ed Warren’ (Patrick Wilson) in the upcoming feature The Conjuring: The Devil Made Me Do It (releasing September 11,2020).

His other credits include Clint Eastwood’s Richard Jewell and Walk Ride Rodeo for Netflix. When he’s not in front of the camera or honing his craft, Mitchell Hoog loves to read, paint, practices mediation, and devotes his rare free time to charity.