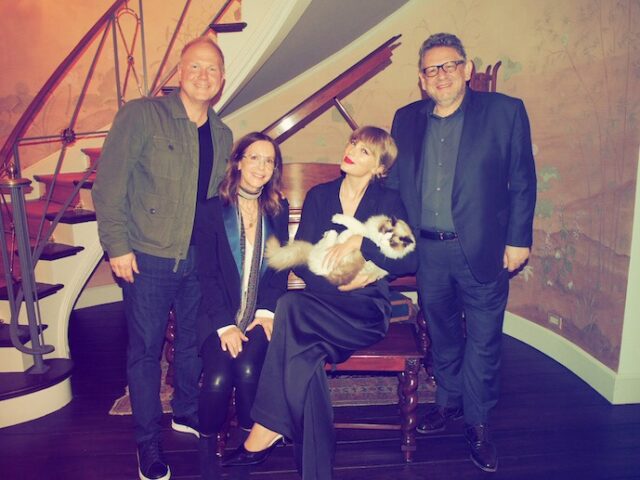 “I’m proud to extend my partnership with Lucian Grainge and the Universal Music family by signing with UMPG, and for the opportunity to work with Jody Gerson, the first woman to run a major music publishing company,” said Taylor Swift. “Jody is an advocate for women’s empowerment and one of the most-respected and accomplished industry leaders.”

Swift continued, “Troy Tomlinson has been an amazing part of my team for over half my life and a passionate torchbearer for songwriters. It’s an honor to get to work with such an incredible team, especially when it comes to my favorite thing in the world: songwriting.”

One of the most accomplished songwriters of her generation, Swift has been honored by the Songwriters Hall of Fame with the Hal David Starlight Award and was featured in Rolling Stone’s 100 Greatest Songwriters of All Time.

Swift has penned numerous Billboard No. 1s: “Shake It Off,” “Blank Space,” “Bad Blood,” “We Are Never Ever Getting Back Together” and “Look What You Made Me Do.” With 25 Billboard Top 10 songs in her iconic catalog, Swift famously penned major global hits including “Lover,” “You Need To Calm Down,” “ME!,” “Fearless,” “Speak Now,” “You Belong With Me” and “Love Story,” among many others.